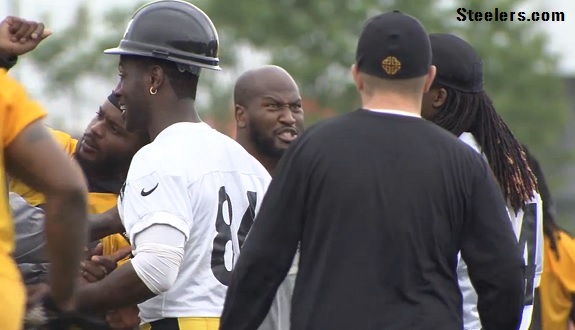 It’s likely going to be a long time before we ever see the Pittsburgh Steelers on “Hard Knocks”, but thanks to a new series being run on the team’s official website, you can get a glimpse of something similar to the popular HBO football series.

The Steelers call their new video series “Forging Steel” and the first episode was released Monday morning. The beautifully produced five-plus minute piece takes you behind the scenes of the Steelers first mandatory minicamp practice.

My favorite part of this first episode is Brown asking Allen, “You think I just roll out of bed and get 1,600 yards?” My second favorite moment is linebacker James Harrison yelling, Do your job!”