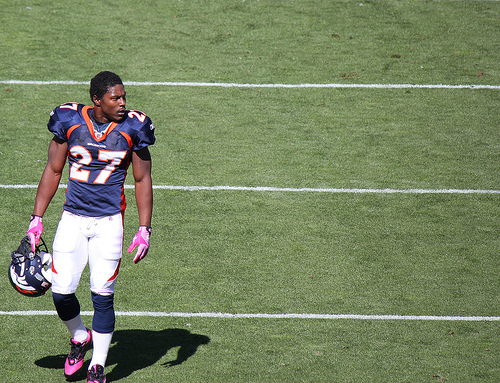 As we grow ever so closer to the kickoff of training camp at Saint Vincent College in Latrobe, there are several key questions that although may not bat an eyelash now, could prove crucial later in the season. Although the team’s major free agent signing, if any could be considered as such, are long gone, we all know training camps and preseason games can be a dangerous road to travel when it comes to the possibility of injuries.

This is where having solid backups can be the determining factor between making the postseason and missing out entirely. One of which is the lack of depth in the running back stable, a trouble area last season after stud Le’Veon Bell went down with a hyper extended knee in the season finale. Minus their key cog rushing and receiving, the team was left fielding the likes of Ben Tate, Josh Harris and the diminutive Dri Archer to find running room versus the ravens defense in the playoff loss. The offense was stagnant and predictable without a sufficient backup in place. The team went out this offseason and picked up DeAngelo Williams to spell Bell, but there are question marks behind him.

The market offers several names that would look good in a black and gold uniform, such as Pierre Thomas, Knowshon Moreno or Ahmad Bradshaw. Thomas appears to be the best fit on the list, notably for his superb pass catching skills, a trait the team covets much like Bell. Only six running backs corralled more passes last year than Thomas, who had 45. According to Pro Football Focus, only Bell and Green Bay’s Eddie Lacy graded out higher last year catching the ball than Thomas. His pass cathing skills would be a welcome addition to a Pittsburgh offense looking for help in the place of the suspended Bell.

Moreno is another intriguing option out there and showed well last season for the Dolphins, running for 134 yards in the season opener. However, a torn ACL in week 6 put an end to a promising campaign. His injury history may likely scare any teams interested away, but in a reduced role, he could thrive. Pittsburgh has their bell cow and their backup, so it’d be interesting to see if Moreno, a former first round pick, would even be interested in a small portion of the pie. A veteran’s minimum-type of contract would be ideally suited for him. If anything were to happen to Williams or Harris in the preseason, the front office should have Moreno on speed dial. Displaying good vision and power, if he can be half the player he once was, that would be more than adequate for a backup spot, as long as his knee is healthy.

Bradshaw is the last candidate on my short list, and he’s also set to join Bell on the suspended list in week 1 after violating the league’s substance abuse policy. In my opinion though, he’s one of the most underrated backs in the entire league, and how a running back-needy team like the Cowboys haven’t scooped him up long ago is beyond me. Despite his size, he’s a tough as nails runner who shows a willingness to play hurt. After suffering a fractured fibula in week 11 last season, he was recently cleared, and at only 29 years old, can still be effective in a reduced role. It’s worth noting his effectiveness on passing downs as well, as evident by his 38 catches for 300 yards and 6 scores last year. For a cheap contract with no guarantees, Bradshaw could fill out the backfield’s depth.  He would alleviate any worries fans have laying awake at night with visions of Archer being ran up the gut into the arms of Geno Atkins.