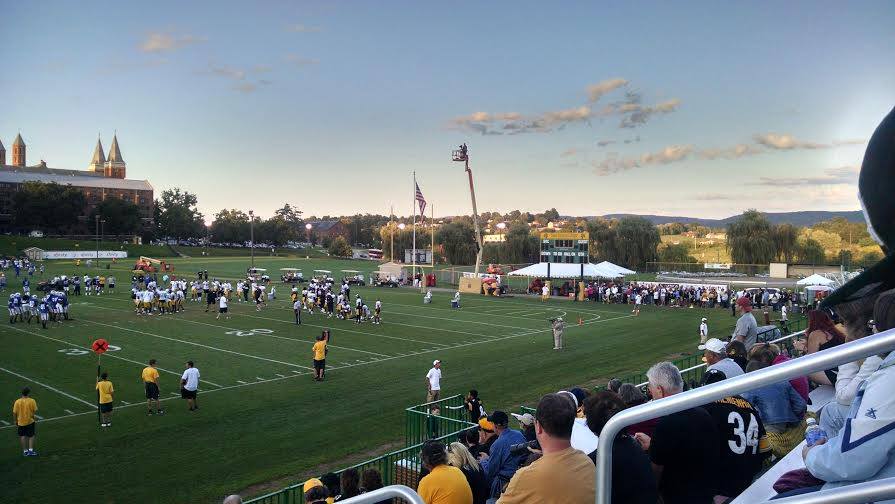 As I’ve made it a point to touch upon in recent days, training camp has annually proven to be among the most fascinating times of the year when it comes to football, at least for those who relish all of the nuances of the game and how teams operate and form rosters.

The Pittsburgh Steelers just got their own training camp underway, with the actual practices set to commence today, but on the opening day, we got some news that inspires a very important reminder: far beyond everything else, quite simply, it’s the starters who matter, and who will decide how far the Steelers advance in 2015.

Head coach Mike Tomlin announced that five players would open training camp on the Physically Unable to Perform List, but the upside of that unfortunate news is that the list includes only one starter, whose injury has been characterized as minor and day-to-day.

Center Maurkice Pouncey suffered a mild right foot sprain while training recently and will get a bit of an extended vacation before he begins butting heads. Thankfully, the sixth-year veteran really doesn’t need a ton of practice reps, as hinted at by the four All-Pro nominations that stick out on his resume.

Pouncey may only miss a few days, and all of the other injuries are storms that the Steelers can easily weather without jeopardizing their chances of finding postseason success for the first time since the 2010 season.

No news has been good news on certain fronts, including the shoulder injury of Steve McLendon, which required offseason surgery. The same can be said for Mike Mitchell’s groin, which was a lingering problem throughout the 2014 season as well, and necessitated going under the knife earlier this year.

Running back Le’Veon Bell reported that while his knee may not be quite 100 percent just yet—he still feels a bit of something when he stretches on occasion—he also claims to be in the best shape of his life, and that he expects to feel 100 percent shortly.

Outside linebacker Jarvis Jones acknowledged during the spring that the wrist injury that knocked out most of his sophomore season is something that he has had to continue to rehab, so hopefully everything remains on the upswing on that front.

With a pretty healthy cast of starting players, the Steelers are in fairly good shape to hit the ground running on the 2015 season, to build off of the success that they are able to achieve last year.

Key to this is the fact that all 11 starters, as well as all of the most significant contributors, on the offensive side of the ball, have returned, a year after they posted among the most efficient offensive seasons in team history and set a number of franchise records.

On defense, the theme is one of change and progress. Three opening-day starters are gone, with a fourth new starter emerging in second-year player Stephon Tuitt. Significant growth is expected of all of these young players as they enter prominent roles.

It will be their success or failure that determines the Steelers’ fate this year, as interesting as all the roster battles might be to follow in August. But don’t let that stop you from enjoying the training camp experience. I’m right there with you, after all.