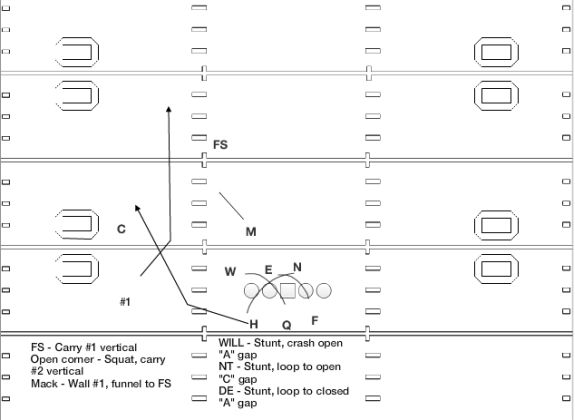 Film room for the second time this week. Looking at one of my favorite, albeit difficult to articulate, concepts. Pattern reading is a concept I’ve mentioned and broken down before and over the summer, I’ve been attempting to learn a little more.

Like a matchup zone in basketball, there is no pre-snap, definite assignment of who each defender will be responsible for. Instead, the responsibility is created based off of the offense’s route concept. That’s the basic, overall definition, and obviously can get a lot more complicated. It requires football players with a high IQ. If one person fails in their assignment, everyone fails, and the defense is going to allow a big play.

We’re again going to look at another isolated example of it today with some simple enough concepts so I don’t get bogged down with terminology and lose everyone. We’ll also briefly go over one of the many Pittsburgh Steelers’ stunts that generates pressure on the play.

Used a lot of film from the Tennessee Titans game and hey, we’ll continue with that today.

Pittsburgh stays in their base defense versus Tennessee’s 11 personnel, causing them to walk Will Allen down to the line as the faux-nickel defender. Creates a single high look with Mike Mitchell shaded outside the hash marks to the open side. 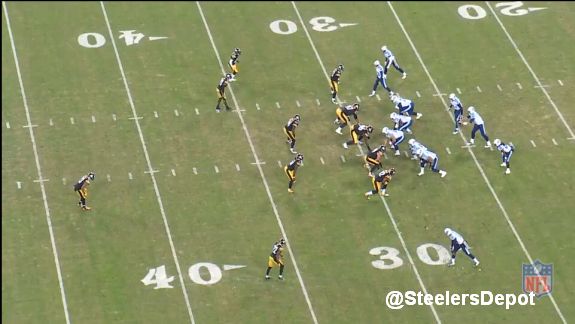 It may look a little strange for Mitchell to be shaded to the weak side but that can be attributed to the concept, and today’s topic, the Steelers’ pattern reading.

The Steelers aren’t in Cover 1. Or Cover 3. This is a pattern read. Cornerback William Gay is squatting off the snap, letting the X receiver run by. Any vertical route is getting passed off to his deep help, his free safety Mitchell. It’s the safety responsible for #1 vertical. 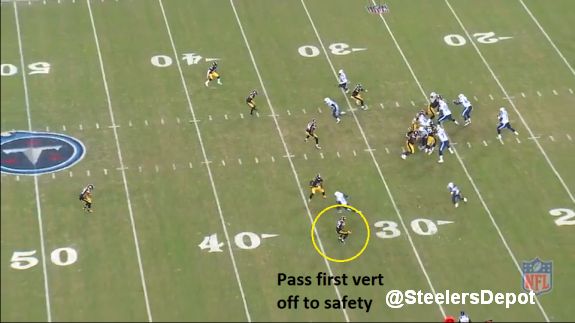 We’ll move our focus to Mack linebacker Sean Spence. With no other immediate threat, his job is to “wall” #1, forcing him upfield and funneling to the safety. If the X receiver was trying to run a dig or a post, he’d be knocked off his break point, forced to drift upfield, and make it an easier play for the safety. 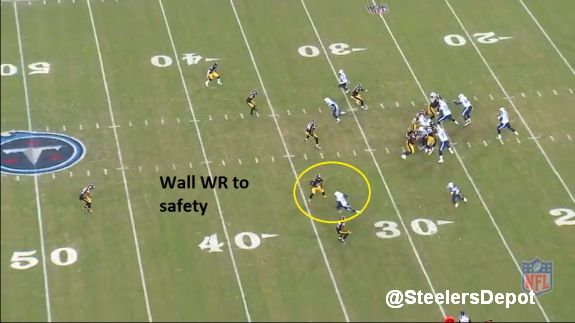 As running back/wide receiver Dexter McCluster releases from the backfield vertically, Gay becomes his responsibility. He’ll take any second vertical route. You can see Gay squat initially and then once he sees McCluster eat his cushion, bail to cover the deep third. 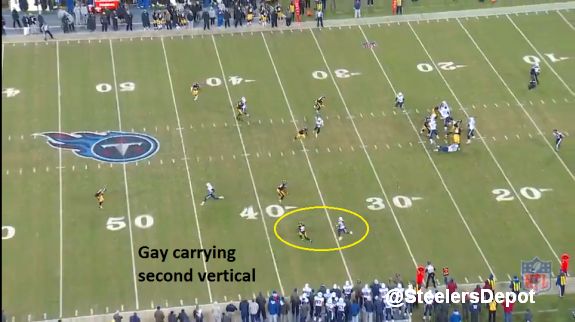 Drawing it up on the board, this is what it looks like to that side. 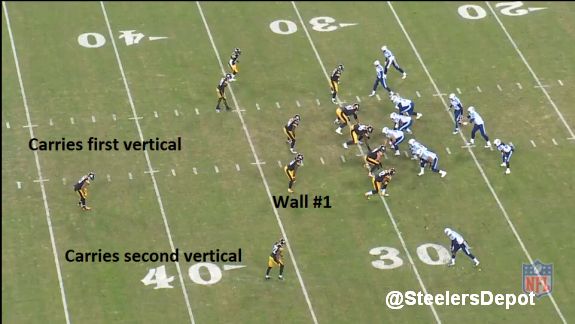 Quarterback Zach Mettenberger’s initial read is to the open side. With the “X” receiver effectively bracketed and Gay matching McCluster’s release, there’s nothing available. 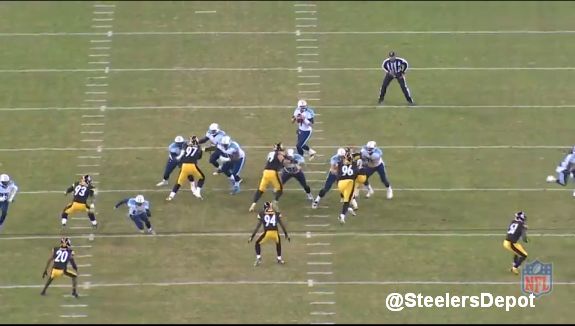 This allows the Steelers’ blitz to get home. You’ll notice it on the whiteboard above.

The tackle is late reading it while Keisel defeats the center and the two lineman meet at the quarterback. There’s no time for Mettenberger to go through his reads and make another sound throw, his pass well off the mark and incomplete. The Titans have to punt. 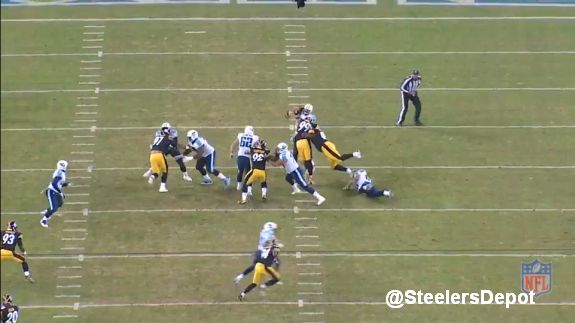 Sound defense and proper matching takes all options away from the quarterback. Fans usually ask for pressure to make the coverage look good but here, it’s the coverage creating the sack.