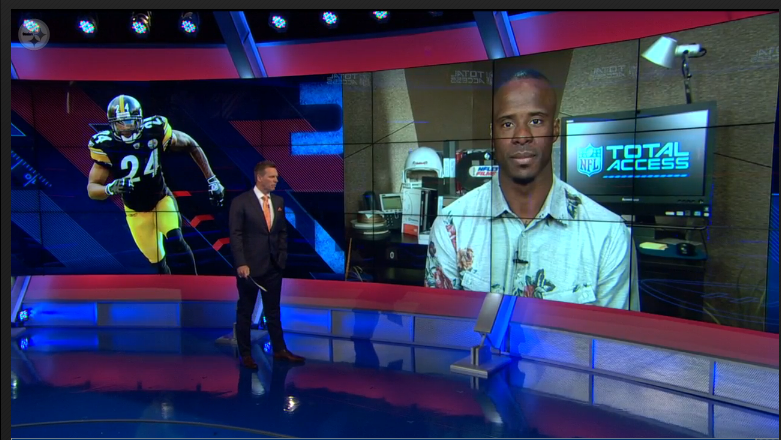 Former Pittsburgh Steelers’ cornerback Ike Taylor made another appearance on the NFL Network today. He was asked about a variety of topics but made sure to praise new defensive coordinator Keith Butler.

“What I do like about Coach Keith Butler is he has a good gameplan. And we’re going to see if this gameplan can prevail. And personally, I like Coach Keith, and I like his gameplan.”

You’ll be hard pressed to find anyone more optimistic about the team than Taylor but it’s always reassuring to hear a former player come to bat for a current coach. As we’ve pointed out, fixing the Steelers’ first down defense while increasing splash plays against the pass and run are the most important tasks for Butler in 2015.

The long-time corner did emphasis the need for the Steelers to stay healthy, especially on offense.

“If that offensive line can stay healthy like they did last year and repeat the same thing this year, I think with the weapons of Antonio Brown, if Le’Veon Bell can stay healthy, the emergence of Martavis Bryant, Wheaton, if he can get into the lineup and do what we think he can do. So Big Ben has the weapons..”

The team scored 436 points in 2015, shattering the previous record of 416 set in 1979. Last year’s point total was good enough for seventh in the league while their total yards ranked second just behind the New Orleans Saints.

Taylor’s interview took place at the NFL Films’ Broadcast Boot Camp and as you can probably guess, Taylor already has a great on-air presence.