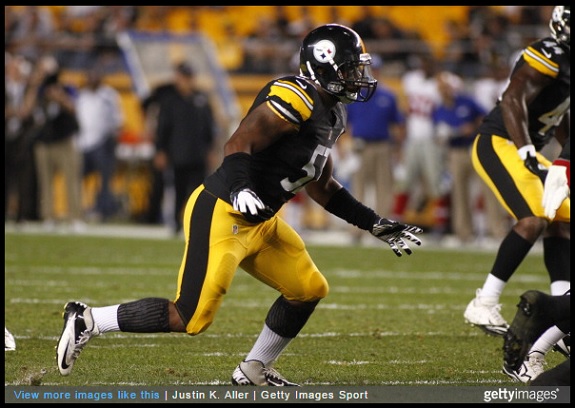 According to Marc Narducci of the Philadelphia Inquirer, former Pittsburgh Steelers linebacker Adrian Robinson Jr. passed away Saturday evening at the age of 25.

His agency, Symmetry, announced his passing on their Facebook page.

“It deeply saddens all of us to share with you that Adrian Robinson Jr. passed away last night at the age of 25. Adrian was a beloved father, son, brother, friend and teammate. We ask that you please respect his family’s privacy during this difficult time, and especially keep his daughter Avery Marie in your prayers. Thank you for all of your support and consideration.”

Robinson, who originally signed with the Steelers as an undrafted free agent in 2012 out of Temple, played in 12 games as a rookie.

Prior to the start of the 2013 season, Robinson was traded to the Philadelphia Eagles for running back Felix Jones. He was eventually released by the Eagles but went on to play for three different teams in 2013.