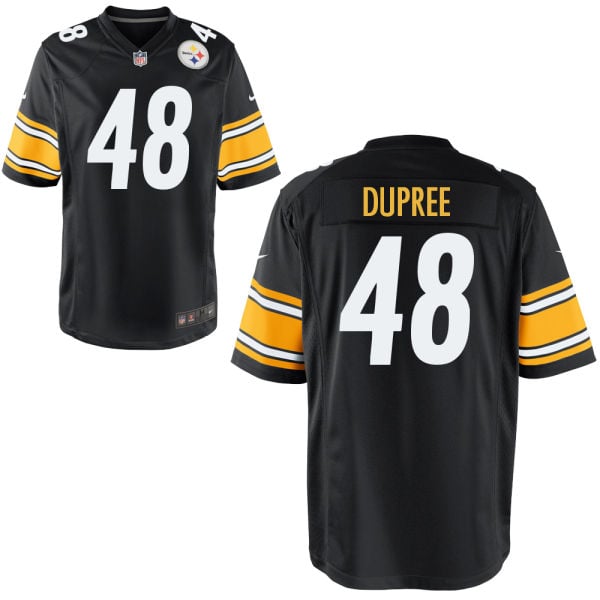 Even though he was far from the most productive college player, the Pittsburgh Steelers are intending to get major contributions from Bud Dupree, the team’s first-round draft pick a week ago, as soon as possible, and over the course of his career.

It goes without saying that everybody involved would like to know a little more about him, and his college coach at Kentucky over the past two seasons, Mark Stoops, answered some questions about him recently following the draft.

“He’s a very versatile guy”, he said about his former player. “I think Bud’s extremely explosive. He will be a great pass-rusher in the NFL and also a guy that has the versatility to do well in coverages as well. So he’s your prototypical outside linebacker”.

Many have questions about how he will develop as a pass rusher, of course, considering that he never managed to post eye-popping sack numbers in college. While his 23.5 career sacks was the most among active SEC players when he came out of college, it’s an underwhelming statistic for a 38-game starter.

But Stoops likes the fit with the Steelers, whom he believes was looking for a player his size. “The sky’s the limit for Bud, really. I think he’s a guy that in time will do a lot of things well in the NFL. I think he kind of fits what the Steelers are looking for as far as size goes as well. I think he’s the type of guy that can really change his body to the point where he can carry the weight that they ask him to”.

He knows, however, that Dupree is far from maxing out his potential. He saw Dupree “getting better and better with every practice and with every game”, adding that “he’s a guy that’s just getting more and more confidence playing on his feet”.

When Stoops took over the job at Kentucky, he brought with him a defensive scheme change, so Dupree had to learn to stand up over the course of his past two seasons, which he has adapted to well.

What’s most interesting to me, however, is that Stoops said he didn’t have an outside linebackers coach for the two years that he had Dupree. After the conversion, he had his defensive line coach coaching the linebackers, so he believes proper coaching at the professional level will be a major boon for his development under Joey Porter and Keith Butler.

Stoops lauded the young man’s character as well, describing him as “very unselfish” and “very willing to take coaching”. On the field, Duprees is passionate and bright, with “great instincts and great intelligence with picking up schemes and making calls…and audibling to certain blitzes and formations”.

Stoops sees in Dupree a player who is still very much in the rise, who he believes fell into the right system that will be able to get the most out of him. While a college coach is always going to talk up his former player, it’s still encouraging to hear his take on the Steelers’ newest edge rusher:

It’s very difficult for guys and especially the guys that played with their hand in the dirt their whole careers, as Bud did. But that’s why I say it was amazing to see him make that transition—and especially with us being so new in our transition defensively as well. So obviously not having the experience of going through all the nuances, the teaching and coaching points, I thought he picked it up exceptionally well and that’s why I just think he’s going to make such drastic improvement as he moves forward as well.