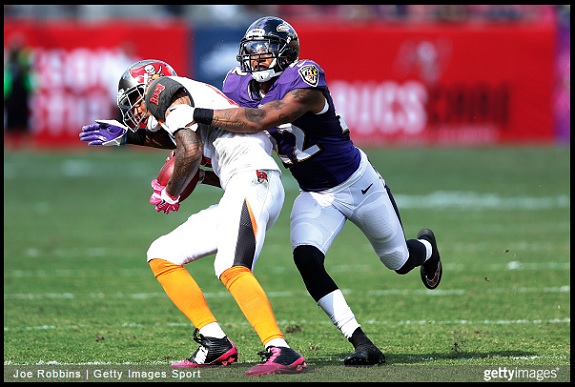 The Pittsburgh Steelers can count on facing Baltimore Ravens cornerback Jimmy Smith several more times over the course of the next five seasons as the Colorado product signed a four-year contract extension Tuesday worth $48 million, according to Albert Breer of the NFL Network.

Breer reports that Smith, who was drafted by the Ravens with the 27th overall pick in the first-round of the 2011 NFL Draft, received $21 million guaranteed as part of his extension that now runs through the 2019 season.

Smith, who has started 29 regular-season games thus far during his career, had his 2014 season cut short last November by a Lisfranc injury. He currently has five career regular-season interceptions.

In the five regular-season games that Smith has played in against the Steelers, the Ravens won four of them.