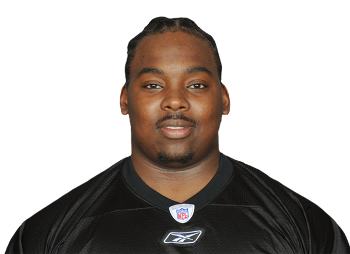 Question: How big of a question mark does Steve McLendon’s shoulder put on the nose tackle position?

Since replacing Casey Hampton as the Steelers’ starting nose tackle in 2013, Steve McLendon has faced some nagging injuries that have kept him out of starting games, in addition to missing parts of others.

Whether or not these injuries are tied to what many believe to be his lack of size for the position, I can’t say for certain, but McLendon has only played a prominent role in the defense these past two years, and both have been checkered by an injury history.

Following his lower leg ailments in 2013, McLendon committed his offseason to getting bigger and stronger, which he accomplished. But as early as the second game of the year, he came down with that nagging shoulder injury that lasted throughout the season.

Twice during the course of the season the injury flared up, causing him to miss four games in total. Including the postseason, he only played about 330 snaps, though, of course, a nose tackle wouldn’t be getting that many more snaps than that.

However, when McLendon was on the field, he played quite well, particularly as a run defender, making a number of his own plays rather than simply setting things up for others—which he also accomplished, relying as much on his quickness as on his strength to do so.

McLendon is a versatile player who can play any position along the line on any down and defensive formation. He has shown that he can contribute positively as a starting nose tackle in the Steelers’ defense. And he has also gotten better at his basic tasks with increased playing time as time has gone on.

The fact that his shoulder was still an issue by the end of the year is cause for concern, but it’s worth pointing out that McLendon played in the Steelers’ last five games, and finished the season strong. If he played that well with a bum shoulder, then the offseason should do wonders.