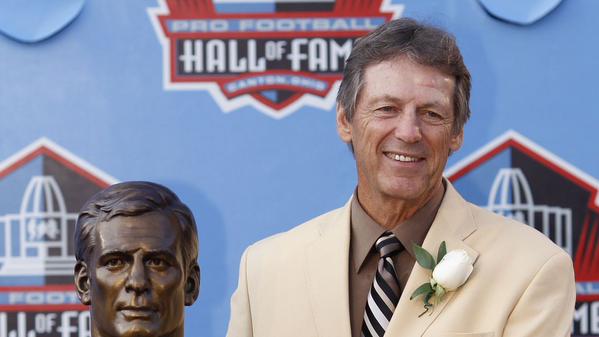 Two weeks from today the free agent signing period will begin and among the group of Pittsburgh Steelers players who will be unrestricted free agents is 12-year veteran cornerback Ike Taylor. According to Jim Wyatt of The Tennessean, Taylor doubts the Steelers will re-sign him.

“For one, I think they think I am too old, Taylor said. “For two, I’ve been there 12 years and they just paid a young guy in Cortez Allen. Even though Ike Taylor is the ultimate team guy, his name and his presence. … I am the alpha. So if you want to move on from Ike Taylor, Ike Taylor has to be out of the building.”

Ever since the Titans hired former Steelers defensive coordinator Dick LeBeau to run their defense, Taylor hasn’t been shy about telling everyone that he wouldn’t mind playing for him next season in Tennessee. He reiterated that stance again to Wyatt.

“I would come to Tennessee, but only because of Coach LeBeau,” he said.

Unless the Steelers are able to work out a long-term contract with linebacker Jason Worilds over the course of the next two weeks, he will become an unrestricted free agent as well and Taylor told Wyatt that he can see him signing with the Titans if allowed to test free agency.

“If the money is right in Tennessee, yeah, I could see it,” Taylor said. “The money doesn’t have to be spectacular, but if the money is right, I can tell you they are willing to go where Coach LeBeau is. … There is just a genuine, mutual respect that I have for that man, and other guys have it, too.”

In addition to Taylor and Worilds, one would think that linebacker James Harrison wouldn’t mind playing one more season for LeBeau, either. Harrison posted on his social media accounts Sunday that he was headed out to Arizona to begin his offseason training and that he intends on playing next season.

While defensive end Brett Keisel and safety Troy Polamalu are currently under contract with the Steelers for the 2015 season, that could change over the course of the next two weeks. Should the Steelers ultimately decide to part ways with either, you can probably put the Titans at the top of the list of teams that each would like to play for now that LeBeau has landed with them and Taylor easily summed up why that is.

“Coach LeBeau recruits himself. He is like Coach K; you know what you are getting yourself into,” said Taylor, referring to Duke basketball head coach Mike Krzyzewski. “You don’t have to ask the veteran guys who have played under him. Just say Coach LeBeau wants you to come, and they’d say: “What time? That’s the way people feel about him.”

The next few weeks will be quite interesting to watch. Now that the combine is over we can likely expect a few players such as wide receiver Lance Moore and defensive end Cam Thomas to be released as early as this week. By March 10 we will know whether or not Keisel and Polamalu will be retained and if indeed Worilds will be allowed to test free agency.