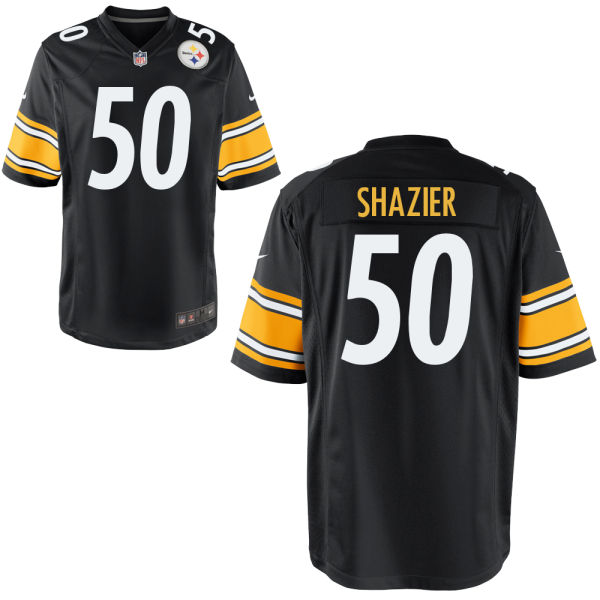 The Pittsburgh Steelers were so excited to be able to draft inside linebacker Ryan Shazier with the 15th overall pick in the 2014 NFL Draft that they immediately placed him with the first-team defense and made him the first player on defense to be an opening day starter since Kendrell Bell, who also happened to be an inside linebacker.

He immediately began practicing with the starters, despite the fact that the Steelers had two other options at linebacker with more experience and knowledge of the defense. Even when he began the preseason with injury issues, they immediately put Shazier back in, and he impressed a fair bit in his first preseason game.

His regular season debut was not quite as impressive, demonstrating obvious growing pains. In the second game of the year, for example, he struggled quite a bit in coverage. But before he could get things going, he suffered a knee injury midway through the third game that sidelined him for several weeks.

When he did come back in mid-season, he retained his starting job, but the Steelers rotated him with Sean Spence, who had been the starter with Shazier out, and Vince Williams, who started most of the 2013 season as a rookie.

He played only two games before he was injured once again, and he proceeded to miss most of the rest of the season, at which point some questions arose about whether or not the Steelers put too much on his plate too soon. Even when healthy, it took him time before the coaches put him back on the field.

By the season finale, however, Shazier was getting lots of looks again, however, mostly late in each half. He also played a healthy amount in the Steelers’ playoff loss, once again showing some rookie jitters in coverage. But there was a lot to build from in his rookie season, because of which he will undoubtedly be a better, and more consistent, player in year two.