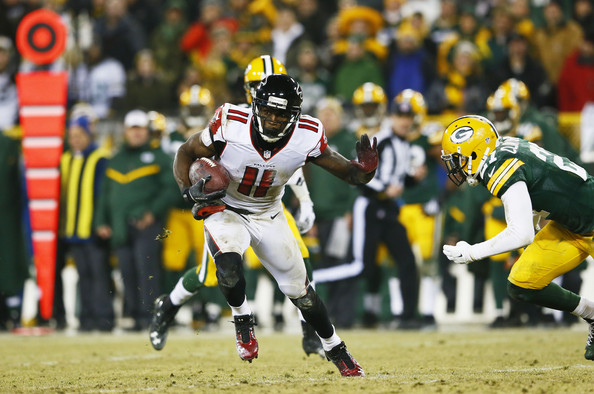 It’s not looking like the Pittsburgh Steelers will have to play against Atlanta Falcons wide receiver Julio Jones on Sunday as Vaughn McClure of ESPN.com is reporting that he will indeed miss the game with a hip injury.

Jones, who injured his hip in the Monday night loss to the Green Bay Packers, enters Week 15 as the league leader in receiving yards. He was unable to practice all week and was listed as questionable on the Friday injury report.

If the Falcons lose to the Steelers Sunday they can still win the NFC South by closing out the season with victories over the New Orleans Saints and Carolina Panthers.

This is a huge blow for the Falcons. They still, however, have very capable receivers in Roddy White, Harry Douglas, Eric Weems and Devin Hester. In addition, Falcons quarterback Matt Ryan currently has the best home deep pass completion percentage in the league heading into Sunday’s game.

Source with knowledge of the situation tells me Julio Jones (hip) is out.