The second quarter interception Sunday by Pittsburgh Steelers cornerback William Gay that was returned for a touchdown against the Indianapolis Colts just goes to show that quarterback Andrew Luck is human.

While it was a great play by Gay in reading Colts wide receiver Hakeem Nicks, a quick look at the all-22 shows that Luck failed to get the football out fast enough.

As you can see in the animated gif and pics below, Gay, who is playing Nicks with inside leverage and off seven yards when the ball is snapped, starts to break forward as the wide receiver sinks his hips and gets into his break.

By the time Nicks is turned at the top of his route, Luck still hadn’t gotten rid of the football. Gay then has plenty of time at that point while breaking forward to look for the ball and he easily cuts off the pass for the easy interception.

Now, in Gay’s defense, he does give Luck a look like he might play outside leverage prior to the snap. You can see Luck look his way in the fourth pic. After the look, Gay drops about two yards and into an inside leverage look.

After the game Luck didn’t talk too much about the interception outside of saying it was an errant throw by him. There’s a chance that Luck thought Gay would be over the top of Nicks more which would’ve resulted in him not being able to undercut the throw. However, judging by the angle of the throw (pic #5), Luck was likely expecting Nicks to break back after coming out of his break and that of course didn’t happen. He does have a reputation of being a lazy route runner.

Either way, Luck probably needs to get the ball out a little faster than what he did and Nicks needs to help his quarterback out a little more by finishing his route. 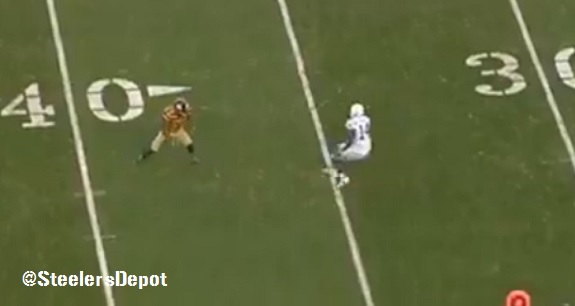 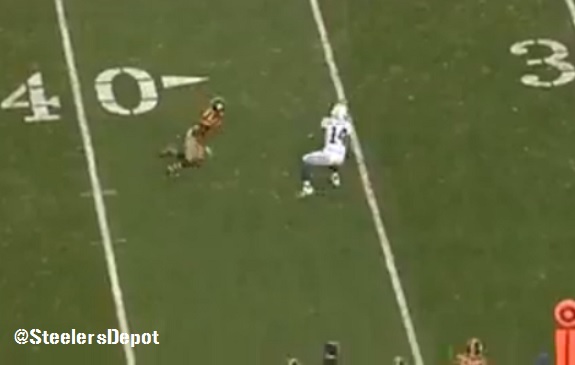 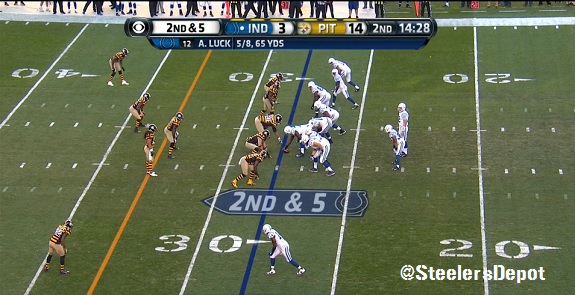 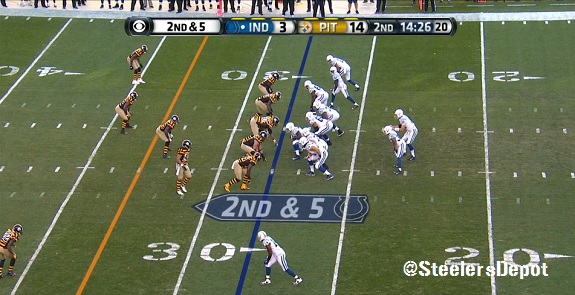 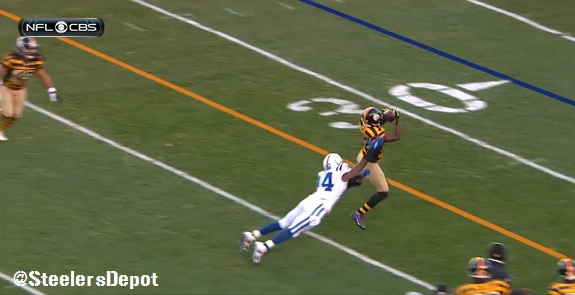