NFL vice president of officiating Dean Blandino has now chimed in on the overturned touchdown play by Pittsburgh Steelers wide receiver Antonio Brown that took place in the fourth quarter of the Monday night game against the Houston Texans and despite all of the still shots floating around on social media that appwear to show two feet down in bounds, he stands by the ruling.

“When you look at these plays, it’s hard to take a still shot and have that be definitive evidence,” Blandino said on the tuesday evening edition of NFL Total Access. “When we look at this play, I can freeze it on the video at that point, and it looks like the foot is in, but the foot’s not down yet.

“Now, when we take it a couple of frames forward, you can see the foot up against the white, so you got to be really careful with still frames and photos and making calls like this. I’ll show you one other look from behind the play where you can watch the foot being out of bounds there, and then when it comes up, you will see clearly, in the white, that’s an incomplete pass.”

Below is the still shot that Blandino is trying to sell as being conclusive.

While Blandino thinks the officials made the right call in overturning the touchdown, Steelers head coach Mike Tomlin doesn’t believe there was enough evidence to do so.

As for Brown, we’ll now see if he gets fined for sending an expletive about the officials after the game. He would later delete that tweet but not before it was screen grabbed and circulated around the internet. 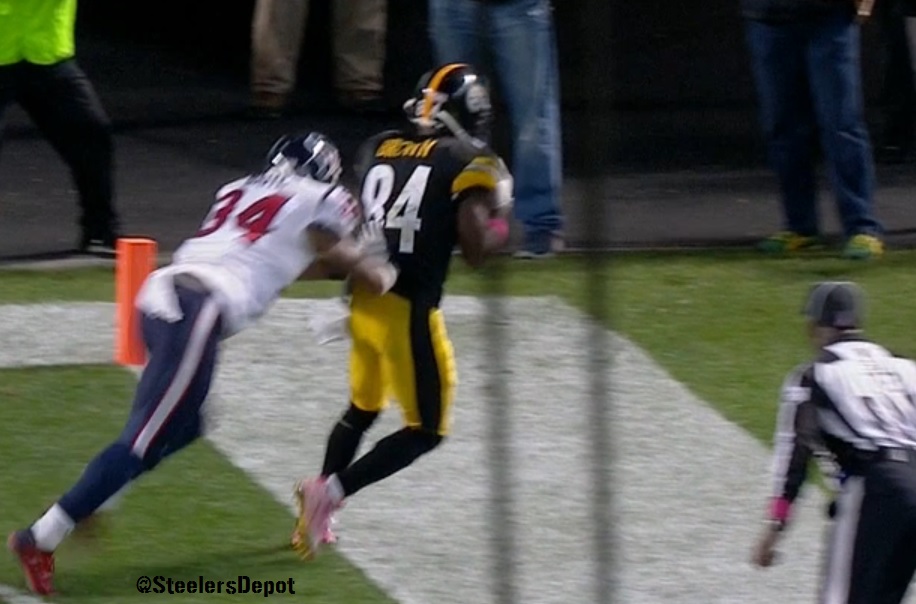