While it’s not uncommon for opponents of the Pittsburgh Steelers to make fun of or disrespect the Terrible Towel, Jacksonville Jaguars mascot Jaxson de Ville has the internet abuzz Sunday evening because of a sign he was seen carrying during the game that linked the towel to the deadly Ebola virus.

A picture taken by USA Today that depicts the Jaguars mascot holding the sign went viral on the internet Sunday night and ESPN.com reports that Jaguars officials have since declined to comment after the game when asked to do so.

Many people  outside of the Steelers fan base are probably unaware that proceeds from sales of the Terrible Towel go to the Allegheny Valley School, which cares for people with mental disabilities and physical disabilities. The towel was the brainchild of longtime Steelers radio broadcaster Myron Cope, who passed away in 2008.

This obviously was an attempt at humor that wasn’t thought through thoroughly and I suspect the Jaguars organization will be issuing an apology over the course of the next few days. 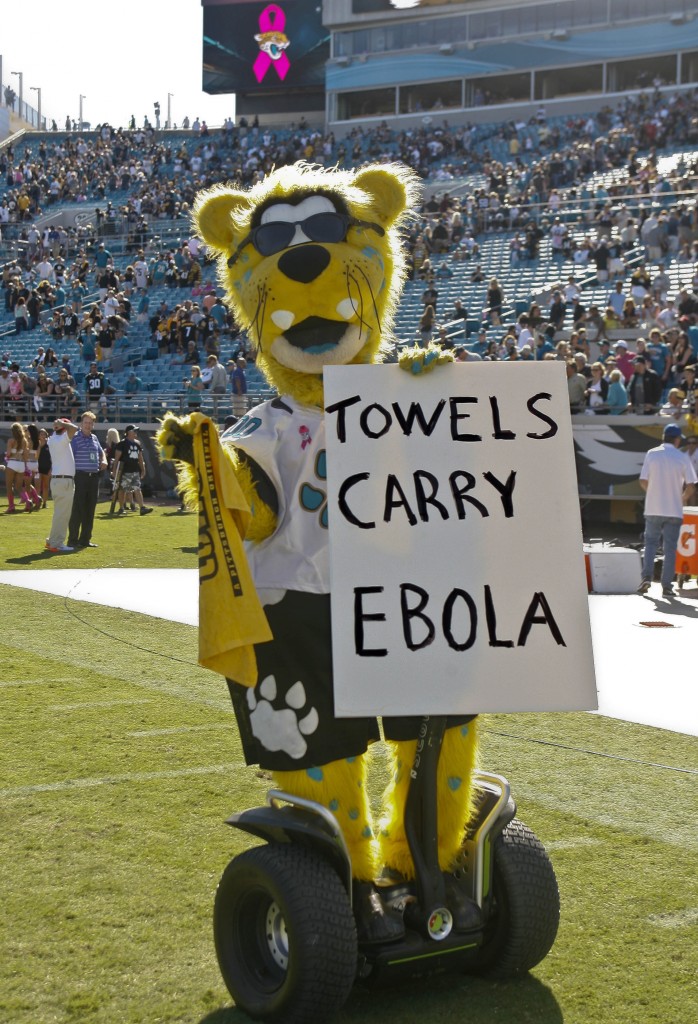