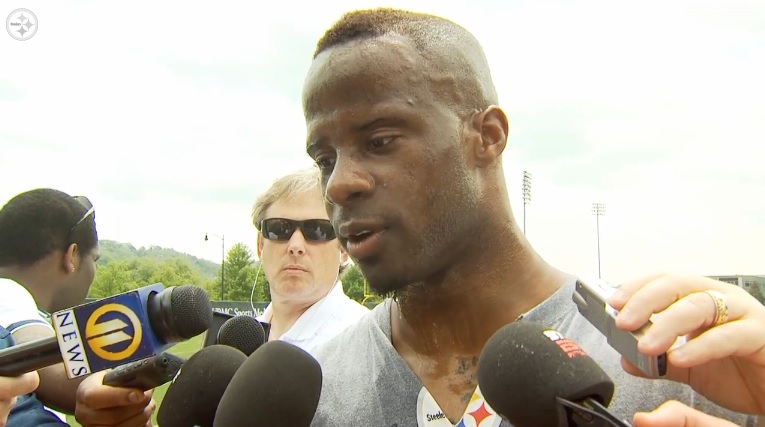 Pittsburgh Steelers starting cornerback Ike Taylor has been under fire in recent weeks, and the bullets have been flying equally from the media and amateur critics as well as from opposing quarterbacks. He is being targeted at a rate never before seen in his career, which is why, like William Gay, some are starting to see what they want to see in his play, even if it might not be his fault when you look back at the tape and dissect what really occurred.

I have been as guilty of this as anybody. I was among those coming down on him early in the Baltimore Ravens game after the two big receptions by Torrey Smith on their first drive, but I’ve come to have a different take on his overall performance after going over the game again.

Before the big 54-yard completion, Taylor did a great job of making an open-field tackle on Smith the play before on a screen to hold him to a gain of four yards. He has had an unusually difficult time tackling on occasion this year, but he was solid on this play.

As you can hopefully tell from the clip above, safety Will Allen is running upfield in a vain attempt to catch up to Smith as he nearly streaks into the end zone. This is because he was caught peaking on a shallow route when his primary assignment seemed to be underneath coverage on Smith downfield.

Were it not for Cortez Allen being observant and abandoning his coverage to chase Smith down, he would have scored on that play rather than three plays later, on which Troy Polamalu was supposed to have underneath cover on Smith but instead chose to jump on Dallas Clark, who was already being double-teamed.

Of course it wasn’t always somebody else’s fault. On the Ravens’ second of two first-half scoring drives, he was penalized on third and seven for pass interference on Smith 26 yards down the field. The penalty yardage put the Ravens in field goal range, which they went on to kick.

Not before taking a shot into the end zone, however, which Taylor was there to break up. It was in fact the first of two big pass deflections that Taylor had in the end zone on passes targeted to Smith.

The Ravens went back at Taylor in the end zone on their first drive of the second half, but the result was the same. This one was perhaps even more impressive considering the ground he had to make up coming back to the ball.

There is no doubt that Taylor played a big role in keeping the Steelers in this game, so this week, give credit where it’s due. Even though he’s going through a rough season, the veteran came up big twice in this last game.