Snap-by-snap breakdown of the newest Pittsburgh Steeler left tackle Levi Brown (#75) in his last game with the Arizona Cardinals versus the Tampa Bay Buccaneers.

2. 2nd and 18, 14:27. Swing pass to Rashard Mendenhall. Lunges briefly but gets long arms extended and pushed the RE up the arc.

3rd. 3rd and 18, 14:23. Doesn’t get good first punch and knocked off balance but able to recover. Ball again comes out quick on middle screen.

2. 2nd and 13, 5:30. Pass block. Beat around the edge. Doesn’t move feet on his punch. DE going to get under him and pressure Carson Palmer had the ball not come out quick. Picture to follow of him lunging. 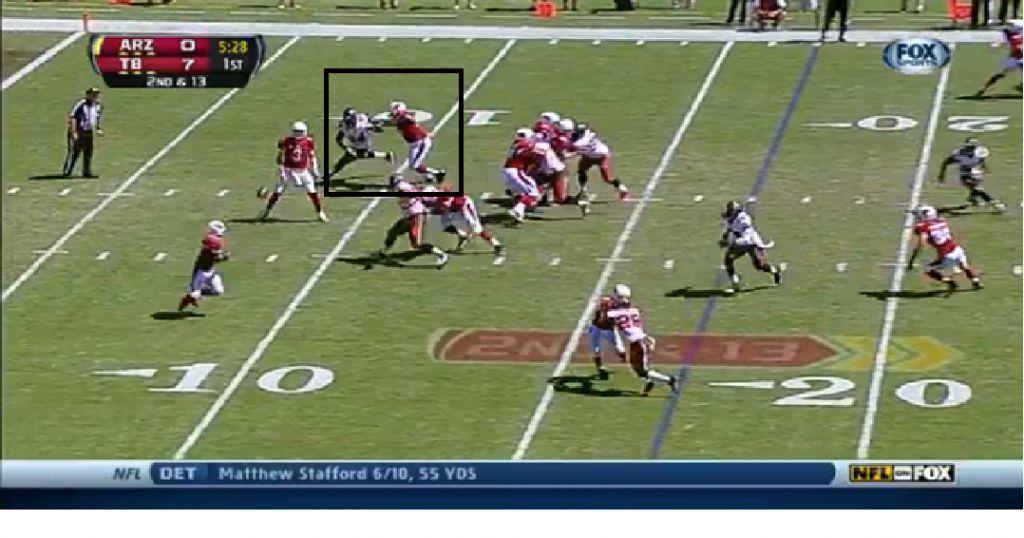 3. 3rd and 1, :31. Again, feet stopped on punch. Able to somewhat recover by getting his arms extended and kinda forces the DE upfield but overall, a poor play.

1. 1st and 1o, 11:16 2nd. Gets help from the TE chipping on pass set. Shows good bend and lateral movement the rest of the play but obviously, the chip helps.

4. 2nd and 10, 9:35. Opens gate anticipating outside rush from Clayborn who counters inside and beats him. 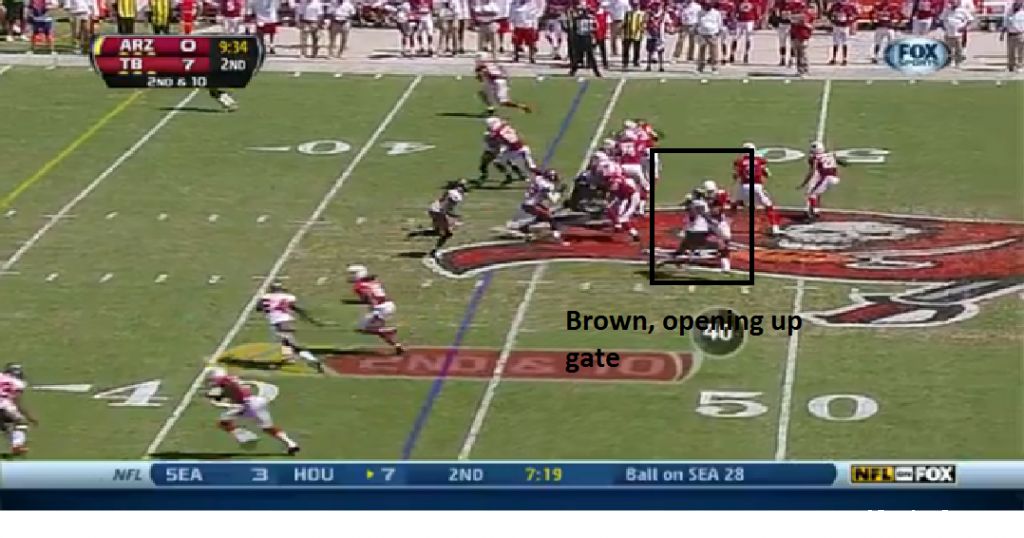 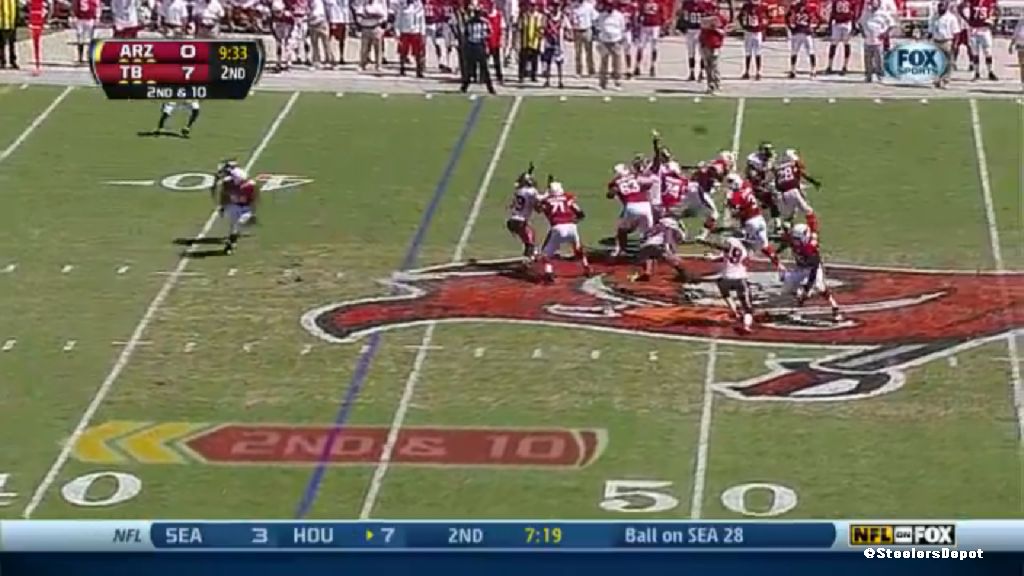 2. 2nd and 9, 5:14. Sees stunt, perhaps because of a pre-snap tip off based on DT Gary Gibson’s stagger. Passes off the looping end and takes on the tackle with ease. If only the Steelers could do that…

3. 3rd and 9, 5:07. Brown again opens gate and gets pushed aside. Turned around when Clayborn punches. 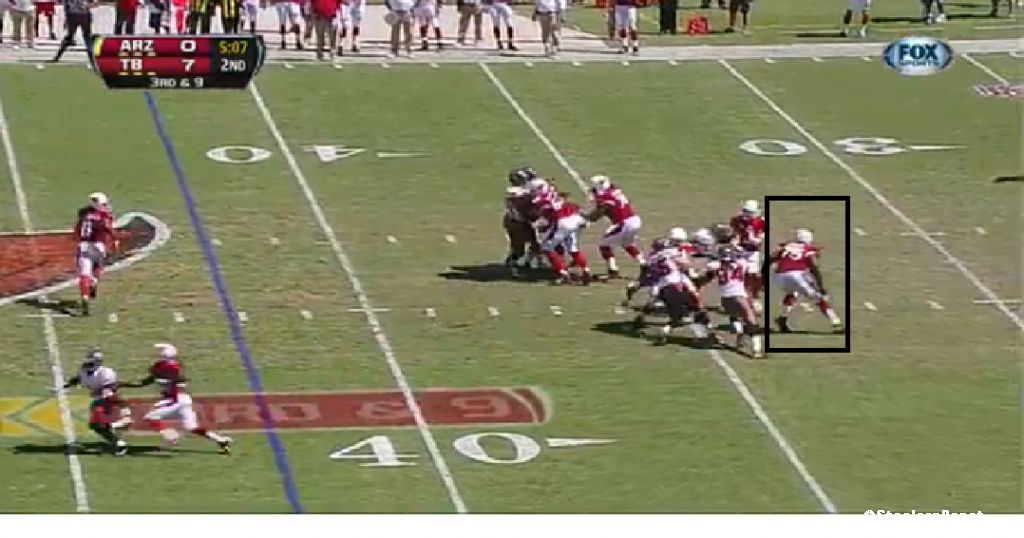 3. 1st and 10, 10:45. Bullrush from Te’o Nesheim. Good arm extension but Brown fails to bring his lower half…again. Only thing going for him is his superior strength that somewhat keeps the end at bay. 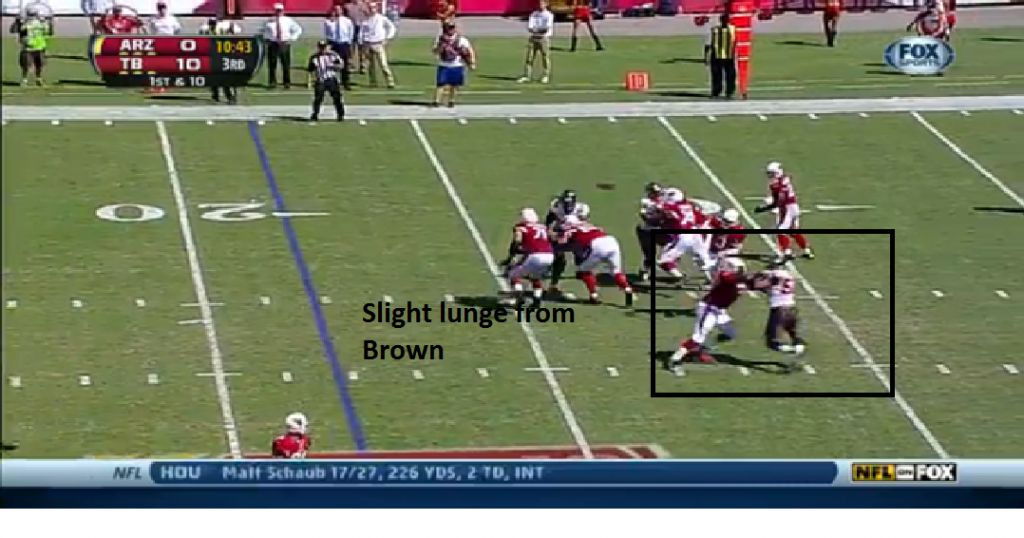 4. 1st and 10, 10:17. Works to second level on run. Doesn’t finish his play, just watches the RB when the LB comes off his block. Would rather he finish than witness.

5. 2nd and 13, 9:34. Te’o-Nesheim falls to the ground, may have gotten tripped up by releasing TE. But Brown still lunges on punch once the end gets back up. 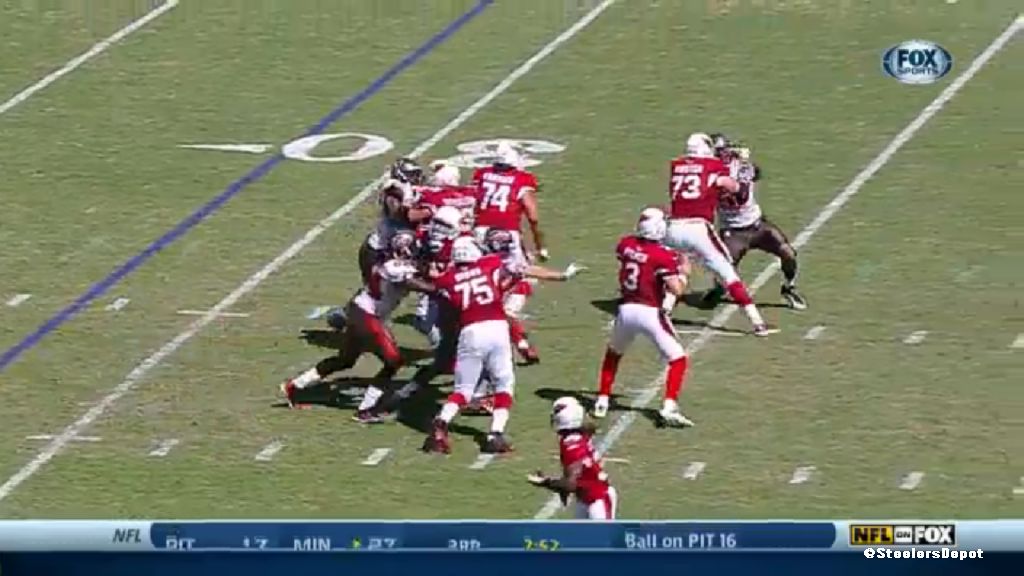 12. 2nd and 20, 6:10. Te’o-Nesheim gets under Brown’s pads, dips under and would’ve gotten pressure had the ball not been released as the end darted past.

Not an actual play in the log but Brown called for a false start on the following “play”. Just wanted to point that out.

4. 2nd and 9, 1:49. Nice job not letting Clayborn counter inside on his pass rush. Didn’t look pretty but stayed square.

5. 1st and 10, 1:13. T/E stunt. Seems the tackle wasn’t very interested in rushing. Nonetheless, Brown does a nice job here getting his arms extended.

5. 3rd and 13, 11:28. Clayborn with a good jump off the snap. Brown able to push him upfield a little but DE still able to snag Palmer’s jersey as he throws. 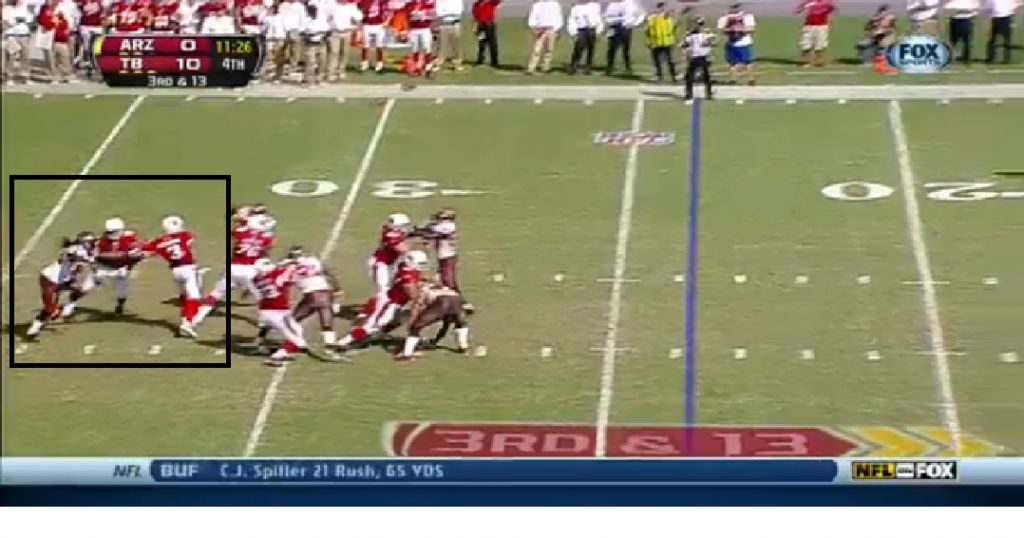 3. 1st and 10, 5:16. Blitz. Initial contact on Clayborn then passes him off to pick up blitzing David. Heady play. 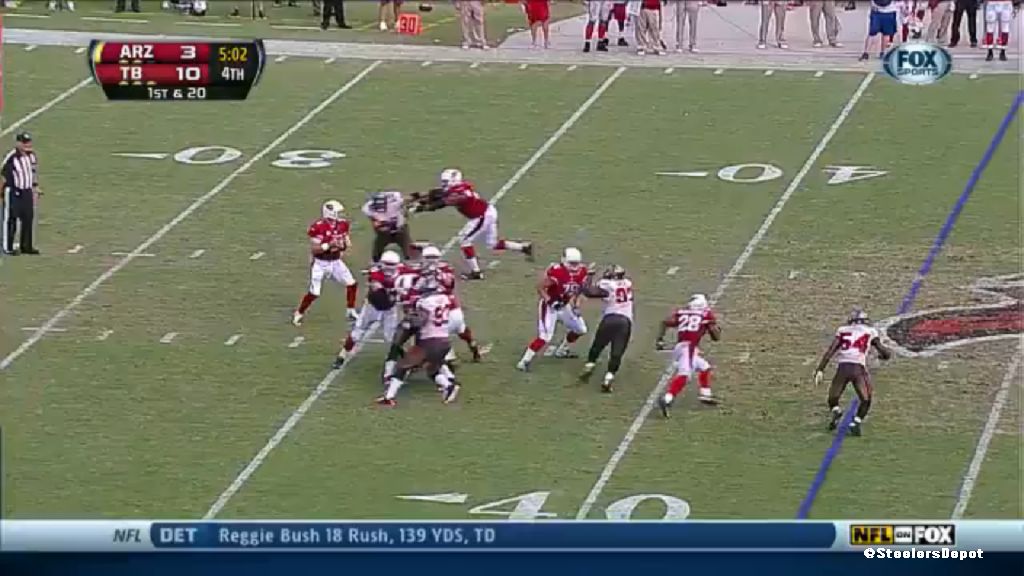 2. 1st and Goal, 1:50. Falls off run block quickly and doesn’t bother to pick up anyone else or even make an attempt as Mendenhall still churns out another yard or two on a run to Brown’s side.

4. 3rd and Goal, 1:37. Nothing doing on Palmer diving to set up the game-winning field goal.

Brown possesses a big frame at 6’6 324 and looks the part with long arms that let him push ends upfield, especially helpful when recovering after getting beat. Didn’t see a whole lot of run blocking opportunities and in the ones I did get a good read on, there wasn’t a whole lot to like or hate. Would want to see him finish plays more though; he didn’t appear to have a nasty streak.

While he shows some lateral movement in pass protection, it’s still a big area of concern. His upper half and lower half don’t work together, one of the issues that are plaguing Mike Adams and Marcus Gilbert. Too many times Brown would punch, his feet would stop, and the end would gain a step. Other times, he showed trouble mirroring versus counter moves or would open the gate.

Did seem like a smart player that recognizes stunts something this squad could sorely use. No guarantees he starts and if I had to guess, he won’t come Week 6. Kelvin Beachum will likely get the nod at left tackle. But knowing all we now do about the trade (the small salary the team is paying him, the draft pick in return), it’s a low risk trade I have no complaints about.