The Pittsburgh Steelers have traded for tackle Levi Brown, who has given up four sacks through four games thus far this season and below are animated gifs of each of them.

The first three sacks Brown allowed were in week one against the St. Louis Rams and all were surrendered to defensive end Robert Quinn and all to the outside. As you can see, Quinn’s speed and handwork is much better than that of Brown’s and the left tackle said as much after that game.

“He’s got a lot of speed,” Brown said following the loss to the Rams. “He’s good with his hands. Tough job today.”

Brown not only gave up three sacks in the game, he also gave up a hit and a hurry as well.

One thing you’ll notice in all of this gifs is that Brown is a cautious setter. Instead of punching, he’s trying to get his hands outside the frame of the pass rusher. Look at his arms down by his side in the second and fourth gif. Look at the separation that Quinn gets with his left arm in the second gif as it even doubles Brown over. In the first gif, Quinn swats Brown’s left arm away and the gate is now open. In the last gif, New Orleans Saints linebacker Junior Galette also knocks the arms of Brown down.

Brown appears to have a wide enough base on a few of these. He is not the instigator of the block, however. His arms and hands go out and thus he has no power to ward off the initial rush. He really needs to learn to fire those arms out and not down and up. Maybe Tunch Ilkin can teach him the Tunch Punch. 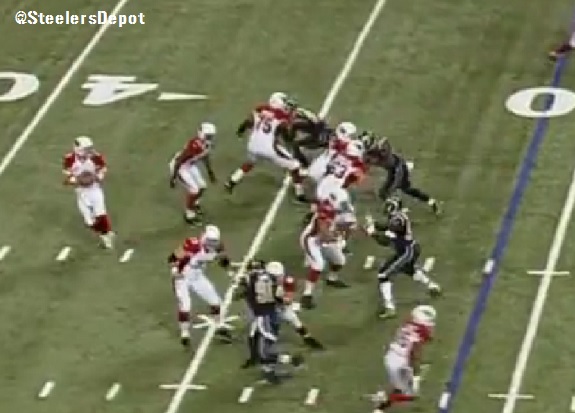 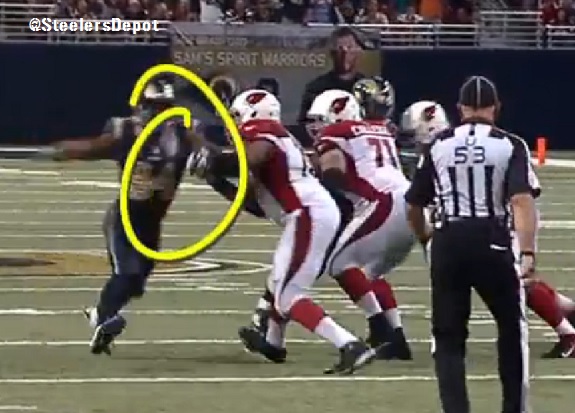