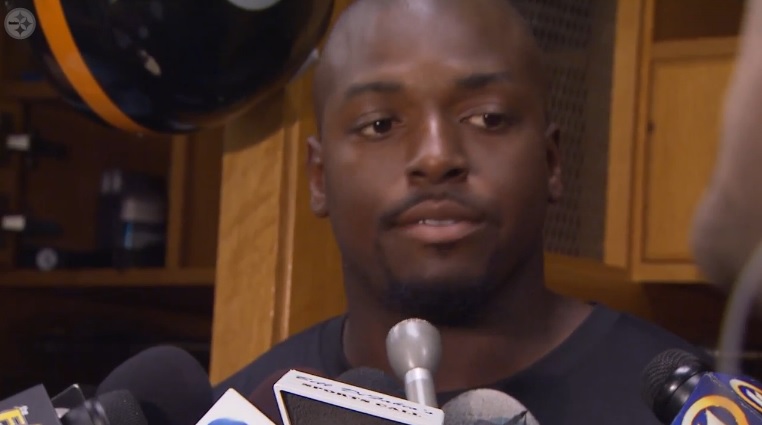 Due to the Tennessee Titans running a lot of similar blocking schemes that the Pittsburgh Steelers are currently using, new center Fernando Velasco said Wednesday he thinks he might have a chance to be ready to start Monday night against the Cincinnati Bengals.

“There’s a little bit difference in terminology,” Velasco said during his talk with media. “The coaches are doing a real good job catching me up, even the players. There’re a lot of smart players here. Ramon Foster, he’s doing an awesome job helping me. Just sticking with the play book and getting to learn everything, and getting familiarized with the code words and words that they call stuff. Just work the next couple of days and see what happens.”

What the Steelers need to happen is for Velasco to eventually take over the center spot after losing starter Maurkice Pouncey for the season due to a serious knee injury suffered Sunday in the season opener against the Titans. Velasco was in church when the injury happened, but his agent let him know soon afterwards about the situation and that the Steelers might be interested in his services.

“Right after the game he called me and told me that he had spoken with the team, and they were interested,” said Velasco. “An hour or so later we set up a flight to come do a physical. It’s a blessing. I’m happy to be here and just ready to get started.”

Should Velasco not be ready to start come Monday night, the Steelers will have no choice but to let second-year offensive lineman Kelvin Beachum make his first career start at center against the Bengals, whose defensive line is arguably one of the best in the league.

Velasco played against the Bengals in week two of the preseason and he played well, and should he indeed wind up starting, then Beachum can be used as a second tight end like he was supposed to be used throughout the game against the Titans before Pouncey went down injured.

Velasco, who said he was pretty surprised that the Titans cut him after restricted tendering him at a second-round level during the offseason, is just thankful for the opportunity to play for such a storied franchise such as the Steelers.

I’m just thankful the Lord gave me the opportunity, especially to come to a great organization like this,” said Velasco. “It’s exciting.”