One of the best called plays Sunday night in the Pittsburgh Steelers 31-19 loss to the Denver Broncos was the 3rd down and goal touchdown pass from Ben Roethlisberger to tight end Heath Miller at the end of the first half.

Normally I like to telestrate plays, but the animated gif along with the still shots from the all-22 tape show you all you need to know about the play without me drawing on them. You can easily see how the space was created for Miller to score. 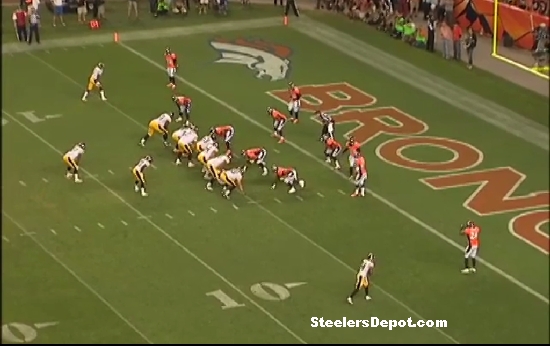 Steelers use 21 personnel group with a broken eye look that features Jonathan Dwyer in the eye and Chris Rainey as the up back on the strong side of the formation. The Broncos look to be playing zone here with Antonio Brown out wide to the nearside and Mike Wallace out wide to the far side. Brown will motion inside pre snap. 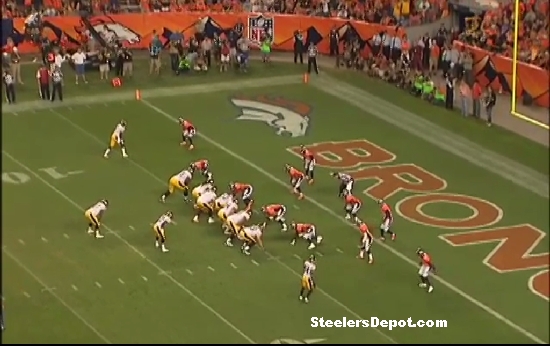 Champ Bailey is lined up outside on Brown after the motion and nickel corner Chris Harris has responsibility of Rainey. Tracy Porter has outside responsibilities on Wallace, while safety Rahim Moore has underhanded zone responsibilities. Wesley Woodyard, the Broncos weak inside linebacker, has to account for Dwyer on the play and that leaves middle linebacker Joe Mays with middle field coverage on Miller. 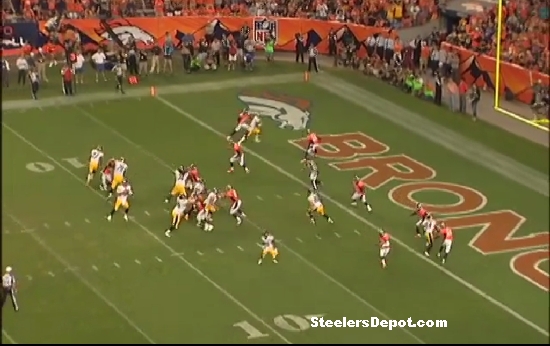 Dwyer and Rainey both flare out and Miller with the in-cut here as space is about to open up wider for Miller after the pump fake. 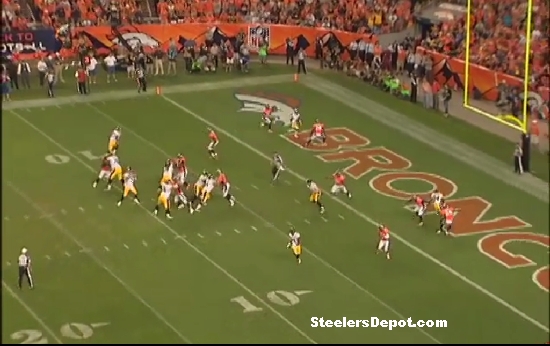 You can see how both Brown and Wallace have drawn tight over under coverage as they work towards the back of the endzone. Harris is trailing Rainey out into the flat, while Woodyard is pulled out into space by Dwyer. Miller has run his in-cut route and stops for the pump fake before continuing on the jerk route. Mays thinks he at least has good enough coverage here, but look at all of the space now that Miller has to work with. 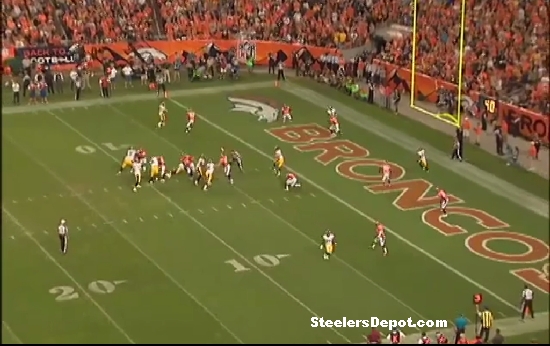 You can really see Mays has his ankles snapped here as Miller finishes off his route after the great pump fake, which makes this play really work. 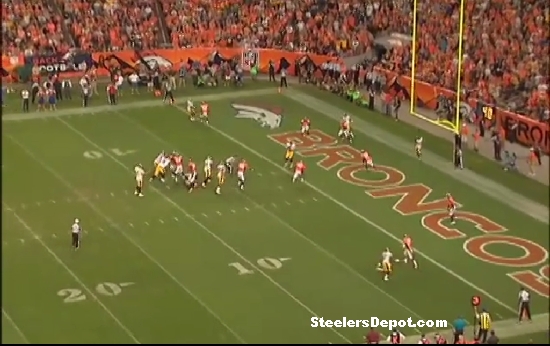