Although the play did not end in a sack, it was fun to watch Pittsburgh Steelers linebacker James Harrison almost get a sack of Rams quarterback Kellen Clemens by using left tackle Adam Goldberg to do it with. Below is the breakdown of the play in pictures that shows just how strong Harrison is. Remember that Goldberg goes about 6\’7″, 305 lbs and Harrison around 6\’0″, 242 lbs. Roughly 7 inches and 63 lbs difference in the two.

The situation is a 3rd and 7 from the rams 40 yard-line with 5:36 left in the first half. The Steelers are in their nickel defense and will rush 5 on the play as linebacker Larry Foote will blitz the Rams right side B-gap. 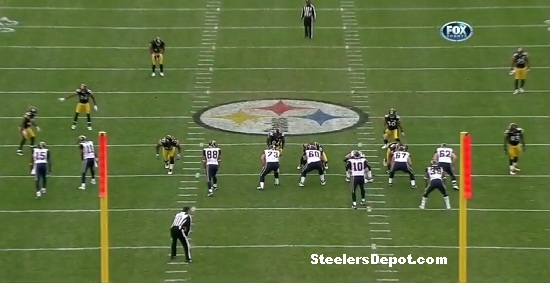 Pre-snap both Harrison and fellow outside linebacker Jason Worilds are standing up and way outside in a wide 9 technique start. Lawrence Timmons is lined up over Goldberg showing blitz. Both Brett Keisel and Ziggy Hood are lined up on top of the two guards. 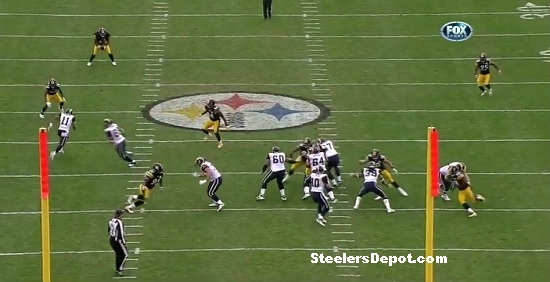 Timmons drops out into coverage and Foote comes free on the blitz through the B-gap. Both Harrison and Worilds rush up field to force the two tackles wide in hopes of freeing interior space. Running back Steven Jackson is forced to pick up the blitzing Foote. Goldberg actual squares up OK on Harrison, while Harvey Dahl is late to his edge with Worilds. 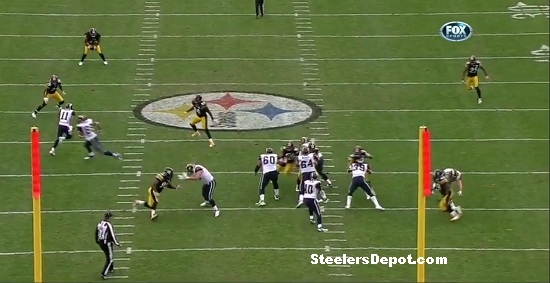 Worilds is already by Dahl, while Goldberg extends his arms and lowers his head to get ready to attack Harrison. Jackson meets Foote in the hole. Timmons drop takes away the quick passing lane to Brandon Gibson. 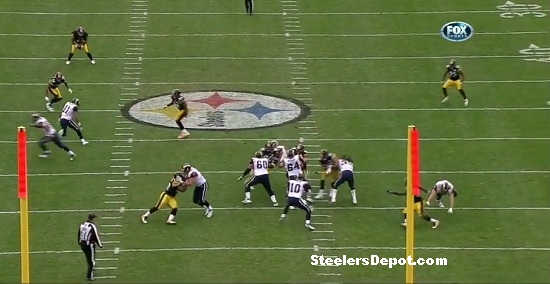 Harrison drives into Goldberg with his hands and arms and is already under the pads of the big left tackle. Worilds is coming free, but will slip. Foote is fighting through Jackson. 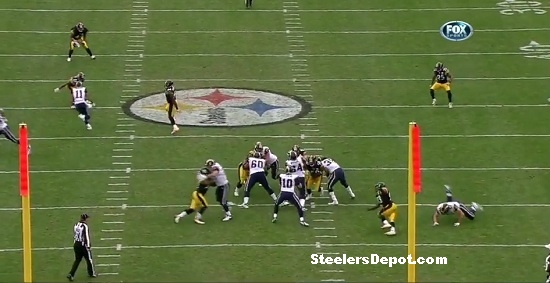 You can see the pocket slowly start to constrict as Foote is almost free of Jackson and Harrison almost has Goldberg back upright as he drives him upwards. Pure strength and leg power. 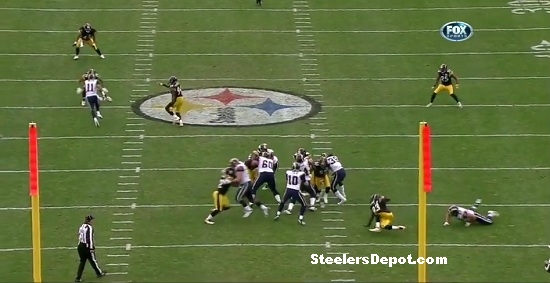 Worilds has lost his feet and Goldberg has his right leg back and it is all over at this point. Harrison has arms and head right in the chest area now of Goldberg. 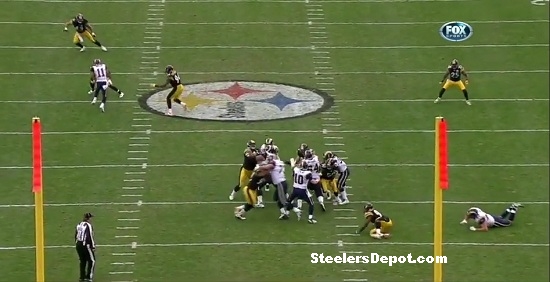 Goldberg is almost back into the lap of Clemens now as he tries one last final effort to keep Harrison at bay. Clemens could not throw now if he wanted to as there is nowhere to step into his throw 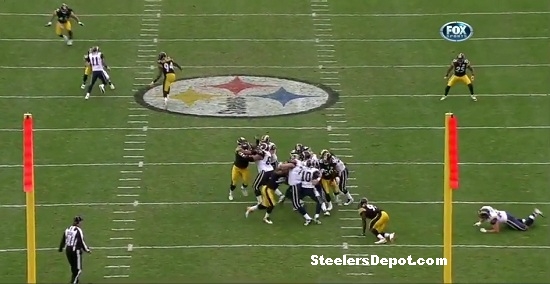 Harrison now is driving Goldberg into Clemens. It is hard to believe the quarterback escapes this pressure. 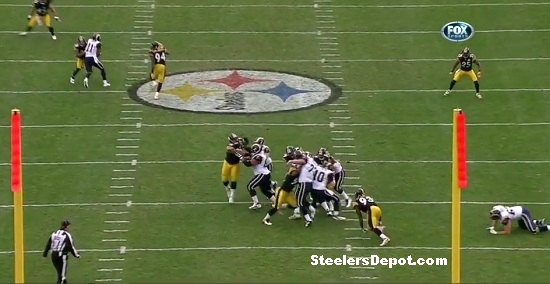 This is man abuse right here as Goldberg is being used as a weapon now. Worilds is getting to his feet as well. 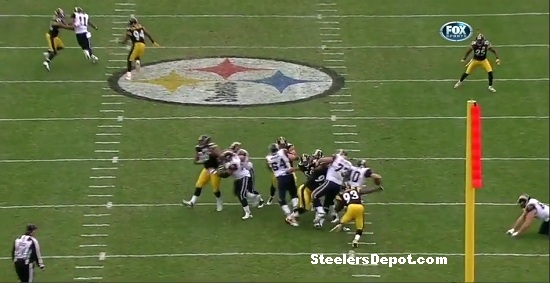 Goldberg has become a 300 pound rag doll that Harrison appears to be tossing at Clemens as he tries to escape the pressure. 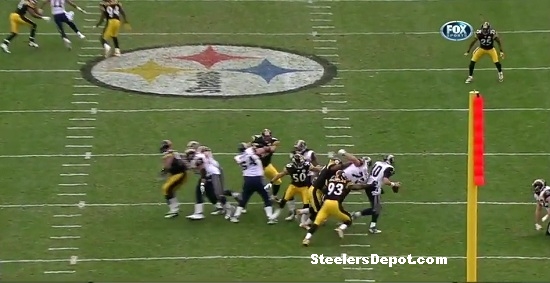 This right here is the money shot. Goldberg flies through the air with the greatest of ease as Harrison appears to launch him into Clemens. 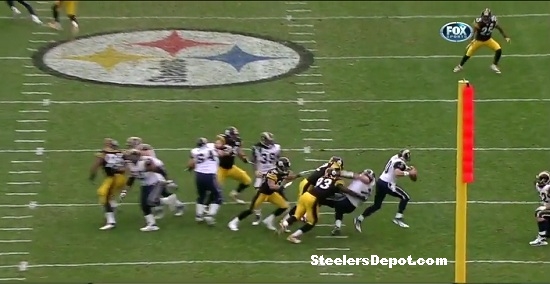 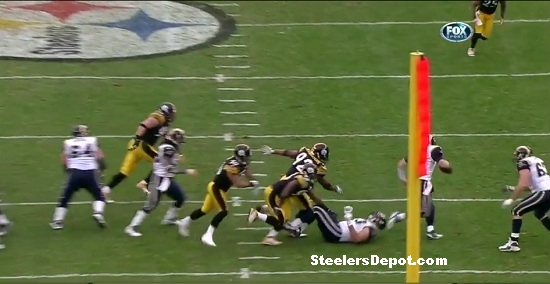 The ride is over for Goldberg, but Harrison will continue his pressure from behind and Clemens will eventually throw a two yard incomplete pass to Danario Alexander. Yes, two yards and it his Alexander in the hands and he dropped it. The Rams punt.