On the heels of Pittsburgh Steelers receiver Antonio Brown being named AFC Special Teams Player of the Week today, it is the perfect time to break down his 60 yard punt return for a touchdown against the Cincinnati Bengals this past Sunday at Heinz Field. You can see the full video replay here and the return only really consist of 4 key blocks as you will see in the screen shot pictures below. The play did have the controversial block in the back no-call, but it is not so blatant when you look at it frame by frame. 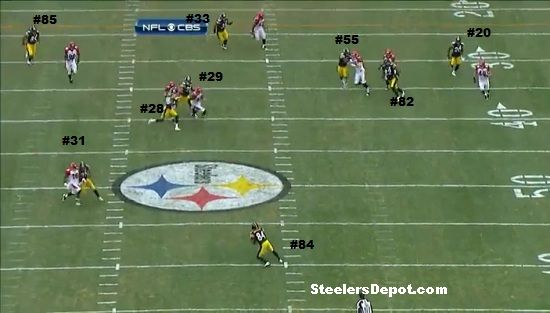 We will start right before the first key block by #31 Curtis Brown. Brown has yet to do anything except for get a step ahead of #16 Andrew Hawkins of the Bengals as they are practically shoulder to shoulder right now. Antonio Brown initially starts to the left after catching the punt. You can see #28 Cortez Allen already zeroing in on his first block and #55 Stevenson Sylvester has started to engage his man. #20 Bryant McFadden is running down just inside the numbers and plays a huge role in this return. 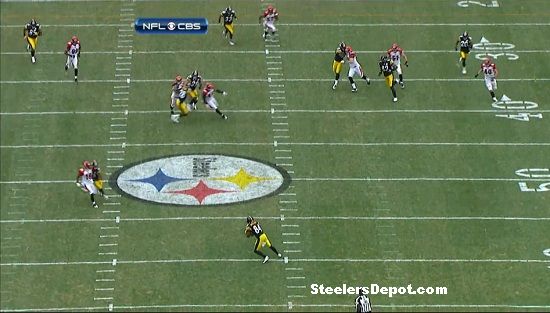 The second shot and we see Brown engaging Hawkins on his side as the two are nearly step for step. Sylvester is now engaged. 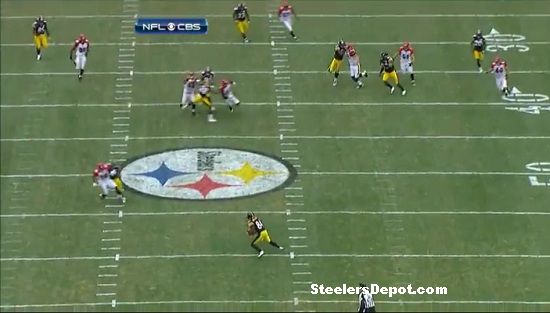 The third shot and you see Brown has Hawkins off balance with a referee staring right in that direction at the bottom of the frame. Not that much has changed elsewhere in this shot. 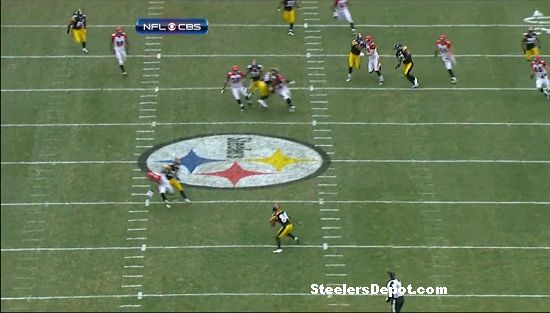 Fourth shot and Hawkins is really off balance now. The reason I think there was no call made was because the positioning Brown had on Hawkins, as he really is side to side with him. 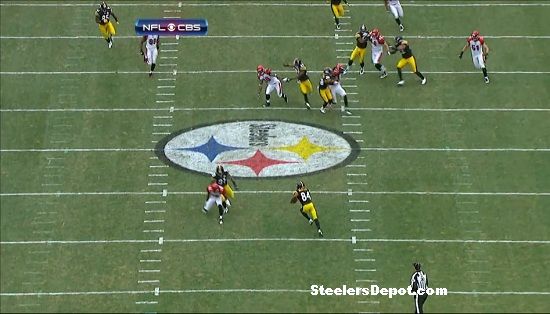 You can really see Allen engaging his block in the middle of the field now and Ryan Mundy is beside him, and even with his man. Sylvester remains engaged while Brown still looks to be heading left. 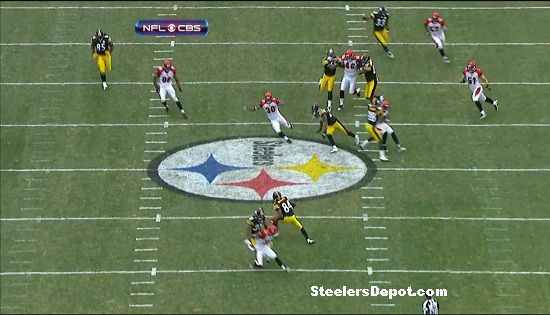 Allen really continues to do a great job on his man just right of mid-field. Both Sylvester and Weslye Saunders have long snapper Clark Harris under arrest. Brown is just about to make his cut to the right. 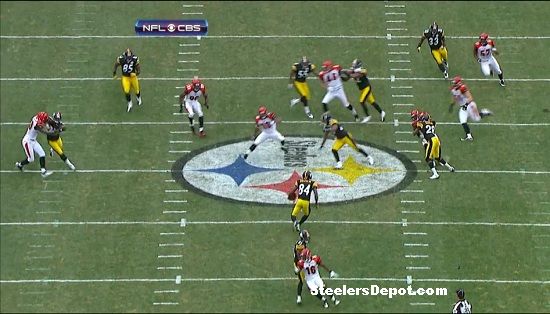 Mewelde Moore has entered the frame on the left. Allen continues his hard work. Brown has started his way to the right. 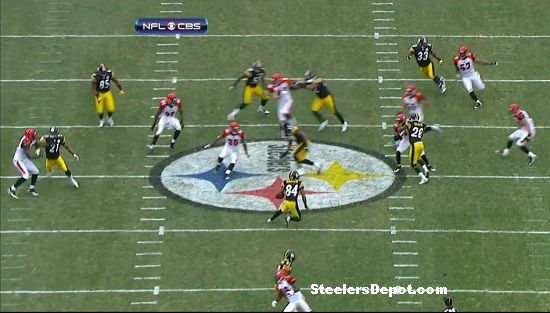 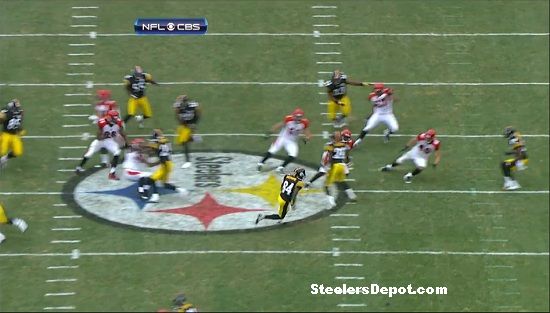 Right at midfield Mundy has his man off balance. Allen still stays engaged. Look at who just came into the frame to the right looking to set the edge. Brown heads for the outside lane. 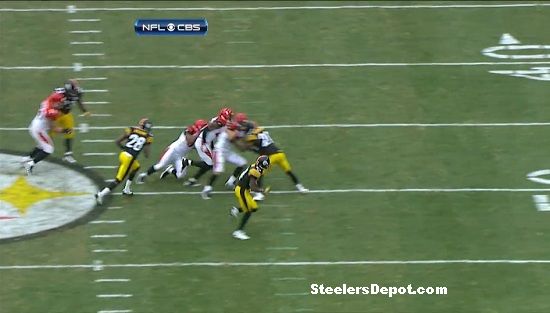 Best shot of the entire play and by far the best block as McFadden gets a 3 for 1 special. 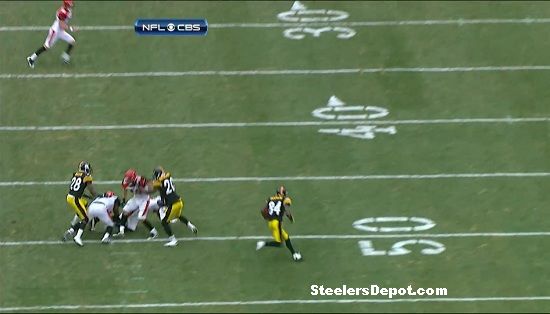 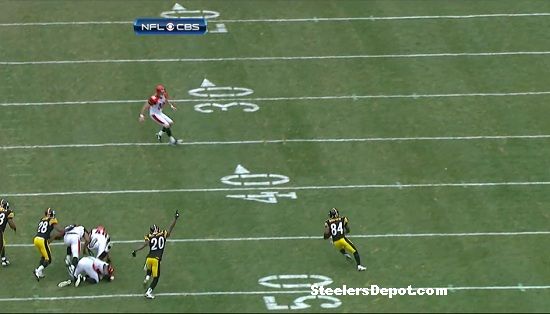 Look at the pile of Bengals and McFadden knows it is all over right now as he celebrates. 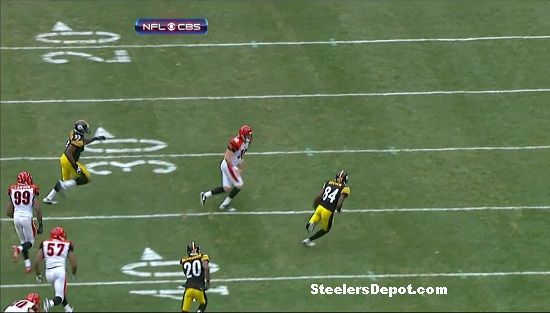 Brown would have never heard the end of it had he not beat the punter. It is all over from here on and any easy touchdown for Brown untouched.