A pretty big play in the Steelers 24-0 win against the Seahawks yesterday was the 20-yard touchdown run by Isaac Redman on 2nd and 7 from the Seahawks 20-yard line with 12:48 to go in the first half. The play was well designed and executed by not only left guard Ramon Foster, but the entire line, receivers and tight end. Below is a breakdown of the play and 11 screen shots of the run. You can watch the full video replay on NFL.com. 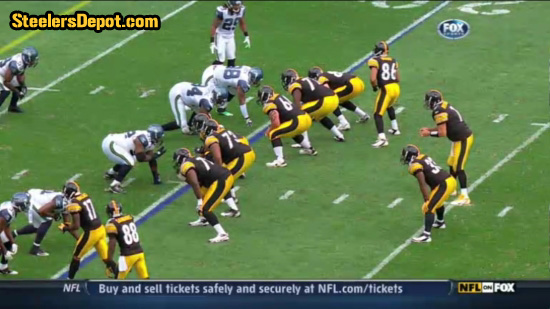 Great look s=at the pre-snap here as Redman is sidecar left to Ben Roethlisberger in the shotgun. Mike Wallace and Emmanuel Sanders are left with Sanders off the line. Heath Miller has right tackle Marcus Gilbert covered and Hines Ward is finishing his drift motion right and lining up free safety Earl Thomas who is up in the box. Seahawks defensive end Chris Clemons is down playing seven technique outside left tackle Jonathan Scott. 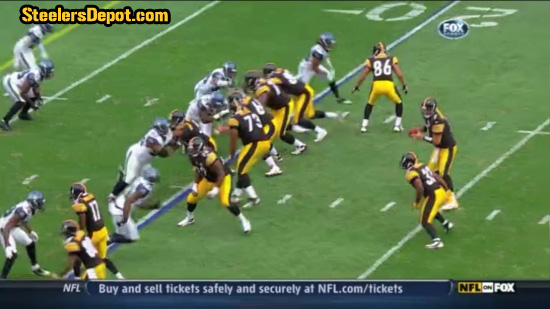 At the snap Clemons rushes the outside and Scott is already turned out to cut him off. Left guard Ramon Foster begins his pull to the right. Center Maurkice Pouncey blocks down inside on Brandon Mebane while right guard Doug Legursky blocks down on Anthony Hargrove. Gilbert powers off to the second level as Miller starts driving Raheem Brock left. Ward has Thomas lined up. 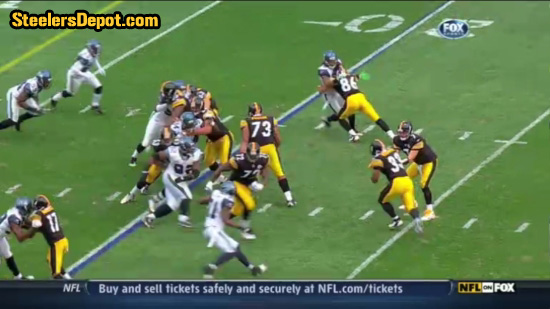 wallace has cornerback Brandon Browner locked up to left, Scott cuts off Clemons, Pouncey runs Mebane wide, Legursky has Hargrove turned out of the hole and Miller has Brock well under control. On the other side Ward has his helmet buried in the chest of Thomas who is already off balance. Foster continues his pull to the hole ahead of Redman. Big hole, but still work to be done as linebacker Aaron Curry and cornerback Marcus Trufant still need to be accounted for. 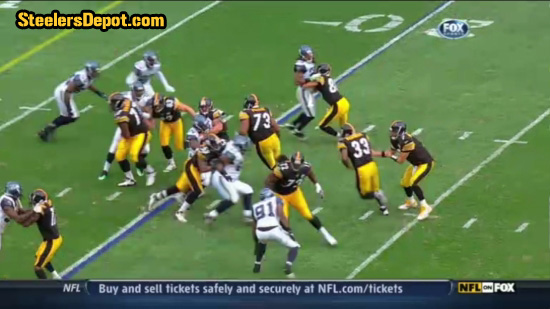 Quite easy to see who has control of who here in this frame. 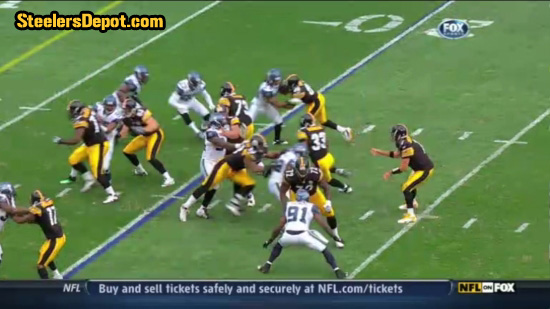 Foster is in the eye of the storm here and he has his pick of Curry or Trufant or both. Notice how Ward still is driving Thomas and he will end up driving him into Trufant. Great look here before Foster dooes his damage. 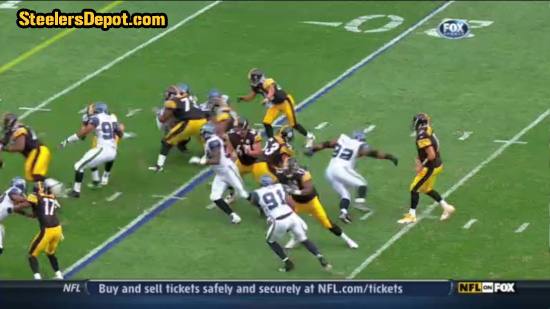 Foster buries Curry and has both Trufant and Thomas shielded as Ward also has driven Thomas in front of Trufant. Foster is about to hook linebacker Matt McCoy just enough at the far laft of the shot. 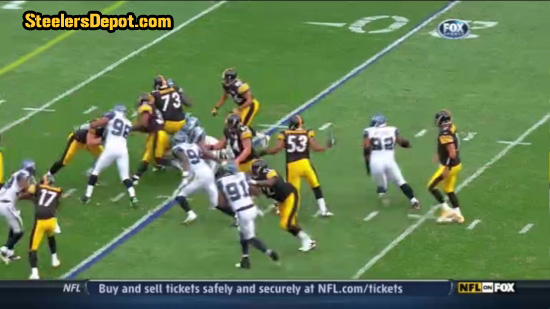 Foster holds his block and Redman gets skinny as Hargrove tries to fight through Miller. 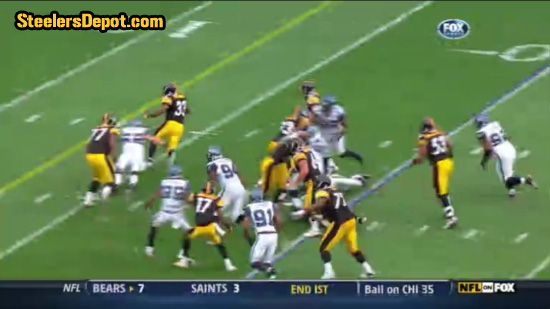 Redman is through the hole and runs away from a diving Hargrove. Right now Redman only has the strong safety Kam Chancellor left to beat as he is 15 yards away from scoring still. 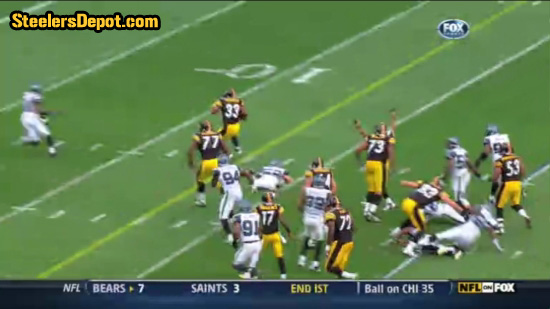 Redman sees Chancellor and starts his cut back to the left to break the ankles of the Seahawks strong safety. Hines Ward already signals touchdown. 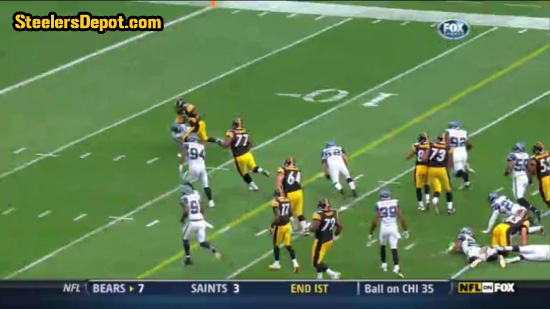 Chancellor slides on by after the great cut back by Redman. Hargrove is trailing, but it will be too late. 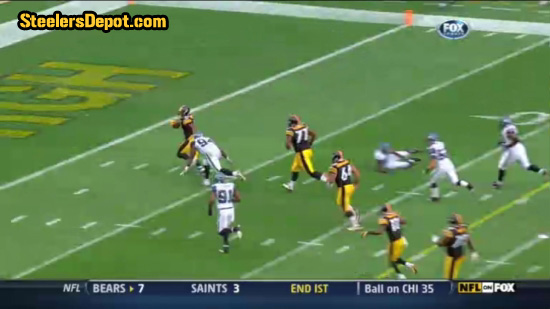 One last dive by Hargrove, but Redman will not be denied.