Below are the offensive personnel packages, play counts and participation chart for the Steelers third preseason game Saturday night versus the Falcons. The third game is usually used as a dress rehearsal of sorts so it is no surprise that the starting unit received 27 plays of work. The order of the substitutions used after the starters exited also included no surprises. The only thing really to note, albeit not a surprise, was the fact that rookie Marcus Gilbert received a few snaps at right tackle after his night was done on the left side.

Personnel package wise the Steelers used 5 wide receivers twice and 4 wides four times. The rest of the personnel groupings used one, two or three tight ends lined up in various spots as the participation chart shows. 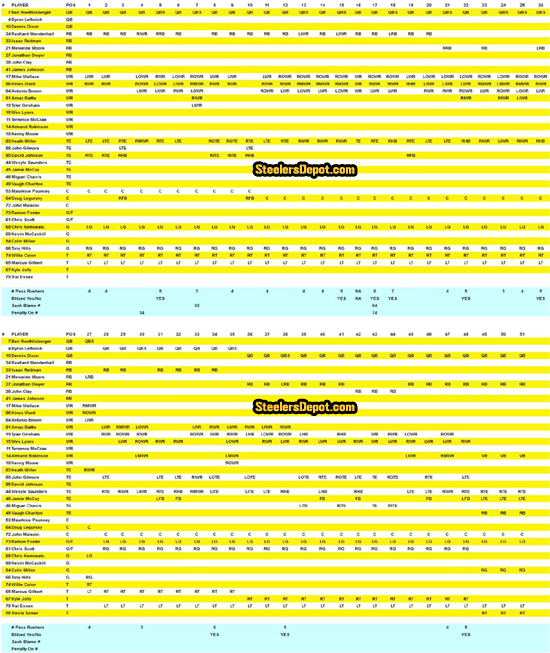