There was not too much to get excited about last night as a Steelers fan, but I always look for the bright spots. as I posted in my 7 things to watch for prior to the game, I noted how I would like to see Antonio Brown and Tyler Grisham do the little things associated with being a well rounded receiver. It is almost like they both read my post as both played very well last night. The touchdown run by Isaac Redman best illustrates them both doing work to ensure Redman frees at the second level. The offensive line also did a good job and Redman shows a nice little spin move along with his power running style to score from 22-yards out.

Below are some still frames of the run you can watch right here. 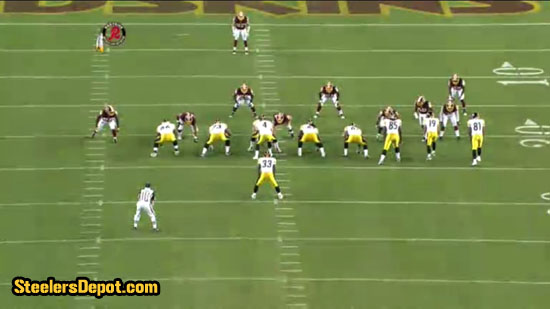 Pre snap with Redman in the eye. Tight end David Johnson #85, wide receiver Tyler Grisham #19 and Arnaz Battle #81 all lined up tight and wel inside the numbers. Not in frame is Antonio Brown #84 who is lined up outside wide left. The line left to right is Tony Hills #66, Ramon Foster #73, Doug Legursky #64, Chris Scott #61 and Kyle Jolly #67. 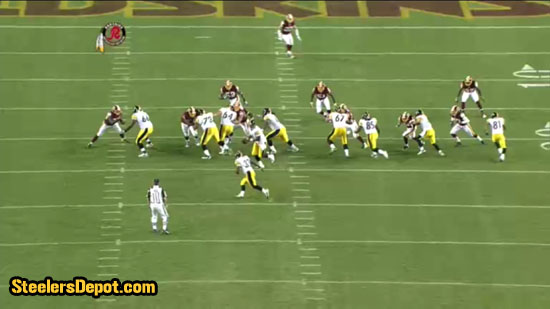 At the snap the flow starts to the left and the wash begins. Notice the quick chip Grisham gets on Redskins rookie Safety Chris Horton before going to the next level. Hills and Foster are already squared up nicely in addition. Johnson is headed to the hole. 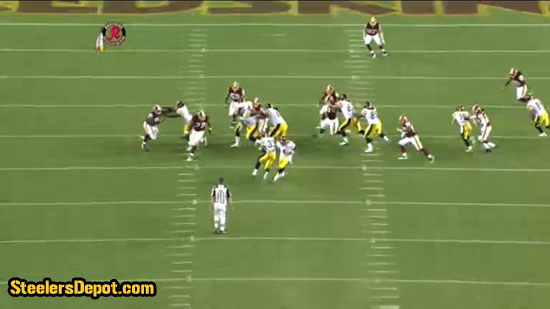 Redman begins is cutback while Grisham and Battle head downfield to block. Jolly is running his man out of the hole to the left. 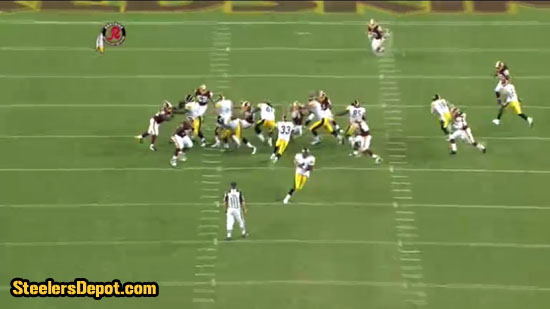 It doesn't look like much is there from this shot but Redman sees the crease and trust Johnson to get his man coming up. Only Horton the safety has a chance here. 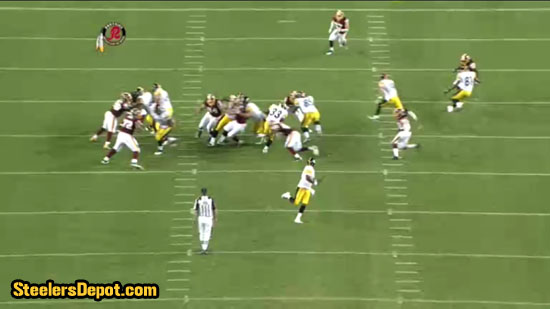 Johnson engages in the hole and Horton tries to arm tackle Redman. Scott is coming back to the hole to help. Battle has found him a dance parter at the second level. 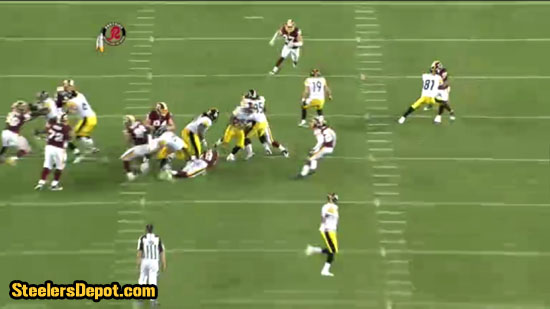 Johnson is fully engaged on his man in the hole and Redman begins a Rashard Mendenhall type spin move as you can see he is facing back to towards his own goal-line. 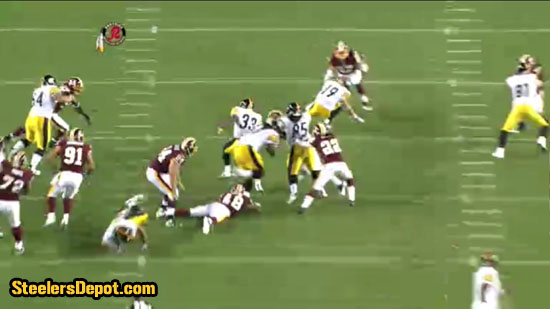 Johnson finishing his block here with help from Scott as the team up to make a pancake. Legursky hooks his man at the next level to the left and Grisham and Battle start their blocks. 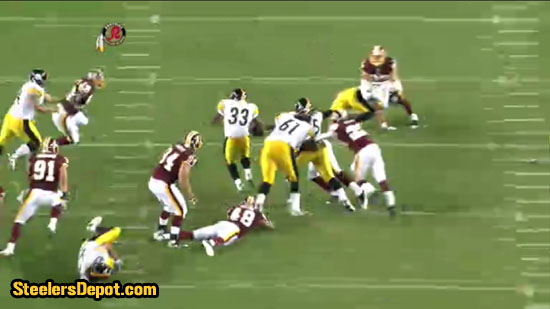 Grisham cuts low on his man as Legursky follows his man to push him past pursuit. Redman knows one last cut to left is needed as well as one more block from Brown not yet in frame. 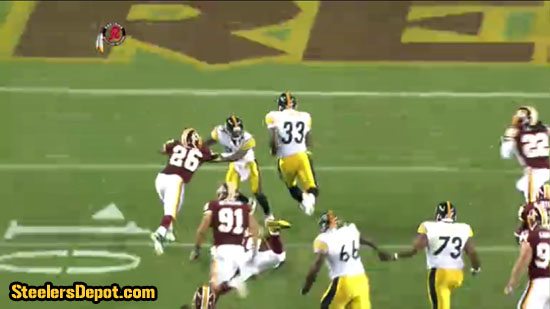 Brown has his man locked up nicely and Redman is now home free. Great blocking all the way around here. One of the few offensive bright spots on the night.