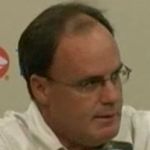 Kevin Colbert held a Saturday morning press conference to update the current state of the roster, salary cap situation and talk about the possibility that the Steelers could still sign Plaxico Burress. Burress was still meeting with head coach Mike Tomlin and Colbert said that he looked good and seemed good. Colbert said that here\’s always a comfort zone when you know the player you might bring back and Burress will not be put through any type of work-out first if they indeed decide to sign him. Colbert said he was not sure how much Burress would demand, but did not seem too concerned about how a possible return would affect the young receiving corps. As far as how the role Burress would play if he returned, Colbert said it would up to Tomlin where he fits in from a stacking standpoint. Says Burress is indeed interested in return to Pittsburgh.

Quarterback Dennis Dixon still hasn\’t signed his restricted tender from Steelers and has until the 20th of August to do so.

Colbert says the team tried to monitor potential 2011 cap after uncapped year and said cutting high-priced players was pretty much unavoidable. He cautioned there could be more adds and releases as things evolve and they will remain flexible. He mentioned there still possible working on restructures and that includes players in final year as well. Colbert says an extension with linebacker LaMarr Woodley is on the agenda, but doing it right now is not option because he would not be able to practice until August 4th under new CBA rules. The Steelers will be taking advantage of the three $1million veteran credits this year that they have at their disposal, but Colbert did not say which players they would be used on.