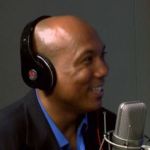 Steelers wide receiver Hines Ward was a guest today on The End Zone with Bryan McGovern and Jim Miller on Sirius NFL Radio to talk about several subjects. Ward was asked to give his thoughts on social media after Donovan McNabb said on The Waddle and Silvy Show Thursday that athletes need to get off Twitter. Ward said in regards to social media, “It\’s a great way to put yourself out there. Donovan McNabb does not have to worry about being Donovan McNabb, everybody knows Donovan. It’s a great opportunity for guys around the league who may not be known. It is easier for basketball and baseball because you see their faces all the time, but for football players, this is the best way to use social media to your advantage. You just have to be smart about what you do, because once you hit that send button, you are responsible for what you type and putting out there. I just think guys have to remember that. Have fun with it, as it is a great way to have interaction with your fans.” Ward continued on and said he does not like to get into war of words on social media though and would rather say what he has to say to your face in regards to talking smack.

When asked about what still drives him, Ward said his drive right now is to win another Super Bowl and said if Tiki Barber and Plaxico Burress want to come to Pittsburgh next year and help win another Super Bowl, he is all for it. Ward thought winning one would be a dream come true, but getting an opportunity to win two and going to a third? Ward said if you win 3 Super Bowls you are legendary and will be mentioned with the Patriots and the Steel Curtain teams of the 70\’s. Ward knows he does not have many years left and it is all about winning Super Bowls right now. Ward ended that thought by saying, “Whatever it takes to win, so be it!”

As far as his recovery from the thumb surgery he had after Dancing with the Stars to repair ligament damage suffered against the Falcons last season, Ward says he is still rehabbing it and should be back catching balls after the 4th of July. He was asked about the lockout hurting the Steelers veteran team and said he is mostly concerned about the rookies and second year guys the most, because they need the structure on how to prepare and train their bodies. He thinks the veterans will be fine as they know how to get their bodies ready for training camp and the season. He went on to say teams with new coaches and new players will be the ones that really have the problem.

It was a busy week for Ward as he was named the Goodwill Ambassador for the KORUS Future Vision on Tuesday in New York and was the guest speaker at the Got Milk SAMMY Awards in Disney World today down in Orlando.