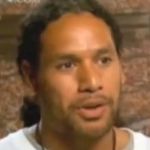 Steelers safety Troy Polamalu has filed a lawsuit in California Superior Court against the previous owner of their San Diego home, Harry Rady. Rady is being accused of not disclosing that he added a 60’x 100’ section to the backyard of the residence and that he did so without permits, inspections or approvals from the proper agencies.

In December of 2010, there was a landslide at the Polamalu home during a rainstorm in which reportedly most of the soil from the addition that Rady had made to the property fell into the canyon behind the home. Polamalu is seeking a rescission of the sale of the home and property, and a refund of his money. Polamalu purchased the home from Rady back in 2009.

Rady reportedly has a criminal history as well as he pleaded guilty in 2007 to illegally receiving firearms without a license and the weapons were even purchased through the contractor who built the Polamalu home. During the federal investigation of the Rady gun smuggling operation, Federal Agents came across two locked refrigerators that stored over 900 boxes of human growth hormone that Rady did not have a prescription for.

Polamalu tried resolve the legal matter privately and without litigation, but Rady has refused to return the money of the sale and has made no settlement offer.