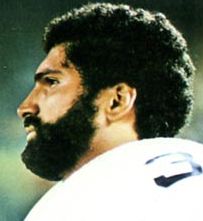 The NFL announced through a media release today that 32 legendary NFL alumni, one representing each team, will announce live on Friday every selection of the second round of the 2011 NFL Draft next week. This will mark the first time in NFL Draft history every selection in a round has been announced by former players. Announcing the Steelers 2nd round pick will be Hall of Fame running back Franco Harris.

The NFL alumni scheduled to be on-hand at Radio City Music Hall to make the announcements from the podium includes:

The Carolina Panthers, Miami Dolphins and New York Jets do not have Second Round picks. Their player representatives will announce their 3rd Round picks instead.