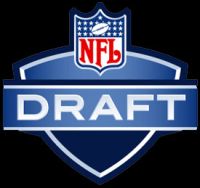 The Steelers are more than likely to stand pat with their 31st overall selection on Thursday night, but trading is always an option. Should the Steelers do any trading on Thursday night, the consensus guess would be that they trade down and not up. There are quite a few teams that pick early in round 1 that might be clamoring to get back into the bottom of round 1 should they not grab a quarterback with their 1st overall pick. There are 6 teams that this could apply to that the Steelers might consider dealing with. These 6 teams are the Cardinals, Titans, 49ers, Bills, Vikings and Redskins.

The question becomes, do these teams have the ammunition to get the Steelers 31st overall pick according to the 2011 NFL draft-pick value chart. I have saved everyone the time by also adding these six teams below along with their draft pick value for each round along with the Steelers picks and values. Remember that teams can not trade their compensatory draft picks awarded to them and can not trade players with no labor deal in place.

Next we will have a look at each of the 6 teams that might be possible trade partners and the ammunition they have to trade with the Steelers.

Arizona Cardinals – The Steelers traded with the Cardinals last year during the draft and they are one of the most likely teams to do so this year as well. Should they decide not to draft a quarterback with their 5th overall selection, they might be looking to get back into the bottom of round 1 to get one. Their 2nd round pick (38th overall) is valued at 520 points and their 4th round pick (103rd overall) is valued at 88 points. These two picks total 608 and would likely be enough for the Steelers to make a move. This would mean the Steelers would move down just 6 spots and would then have two 2nd round picks as well as two 4th round picks. They do play Arizona this year, so that would be the only small draw back, but a very minor one at that.

Tennessee Titans – The Titans could also be in the picture as a possible trading partner and they too could be a candidate to get back into the bottom of round 1 should they not draft a quarterback with their 8th overall selection. It is a little tougher though for the Titans to come up with 600 points though. Their 2nd round pick (39th overall) is worth 510 points and their first 4th round pick (109th overall is worth 76 points. This totals 586 and leaves them 14 points short in trade value. Should a 2012 pick not be in play, it might cost the Titans their 6th round pick (175th overall) in addition to the 2nd and the 4th. If this trade were to happen, the Steelers would be moving down 8 spots and would then have two 2nd, 4th and 6th round picks. The Steelers also play the Titans in 2011 as well, but like Arizona, not a big deal in the grand scheme of things.

San Francisco 49ers – The 49ers are also a possible trading partner and another team that might be looking to get trade back into the bottom of round 1. Their 2nd round pick (45th overall) is worth 450 points and their two 4th round picks (108th & 115th overall) are worth another 142 points. This totals 592 points and might cost the 49ers their first 7th round pick (211th overall) as well. The biggest draw back to this deal though is that the Steelers would be moving back 14 whole spots and it certainly might be too far to move back, but they would pick up 3 additional picks and then have three 4th round picks total.

Buffalo Bills – The Bills also are a possible trading partner as their 2nd round pick (34th overall) is worth 560 points and their second 4th round pick (122nd overall) is worth 50 points. That totals up to 610 points and would mean the Steelers move back just 3 spots and pick up an early 4th rounder in the process. The only way this deal happens though is if Buffalo is convinced a team below them is also trying to trade with the Steelers to get a quarterback they may be targeting in the 2nd round should they bypass one in round 1.=

Minnesota Vikings – The Vikings could very well be another team looking to get back into the bottom of round 1 for a quarterback, but they likely would not have enough ammunition to trade with the Steelers unless 2012 picks were used. Their 2nd round pick (43rd overall) is worth just 470 points and their 4th round pick (106th overall) has a value of 82 points. This leaves them 48 points short and would likely cost the Vikings a 4th or 5th from 2012. Another draw back with this deal is that the Steelers would be moving back 12 spots. That is perhaps a little too far for the Steelers liking to get a player they might be targeting should they trade out of round 1.

Washington Redskins – The Redskins are another team in need of a future quarterback, but like the Vikings, might not have enough ammunition as the Redskins do not have a 3rd or 4th round pick in this draft. Their 2nd round pick (41st overall) has a value of 490 and their two 5th round picks along with their one 6th round pick only total up to another 86 points. 24 points shy of the 600 needed. Once again this would mean 2012 picks might need to be in the deal and with the labor uncertainty, one has to wonder if teams will even mess with trading those. The Redskins just do not seem like they have enough to get a deal done, especially being as players can not be traded during the lockout as part of deals during the draft.

In closing I think if any team trades up to the Steelers spot it will be because they wanting a quarterback. I think if it does happen, it will be either the Cardinals, Titans or 49ers to make the deal as they have the most ammunition to do so with their 2011 picks they have. In the end, if I had to place a bet, I would bet the Steelers stay put where they are at in round 1.