How nice was it to see a kickoff returned by us for a touchdown instead of the opposing team? This play set the tone for the day and immediately took the crowd right out of the game. Special teams coach Al Everest is already paying dividends and the speed of Antonio Brown can not be ignored in the return game going forward. Below we have the aerial view breakdown of the touchdown return by Brown against the Titans this past Sunday and the players involved. 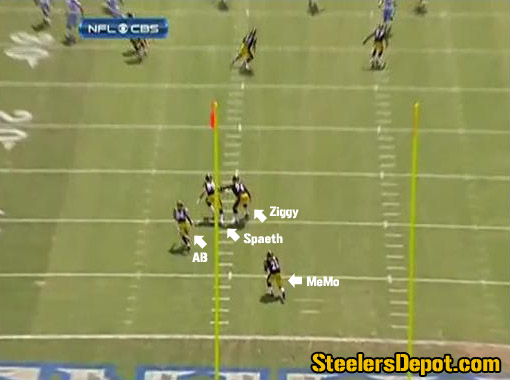 Mewelde Moore has just received the kick and the disguise of a return to the left is on by Ziggy Hood, Matt Spaeth and Antonio Brown. 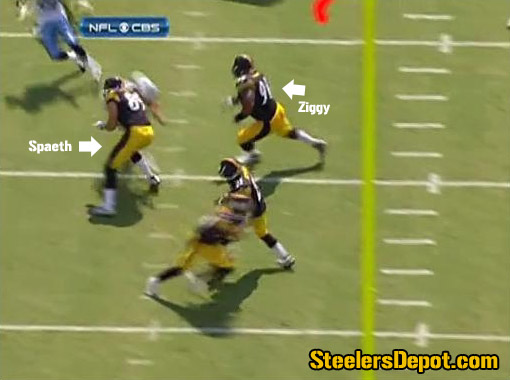 The reverse from Mewelde to Antonio here with Spaeth delivering the first key block and Hood coming to help. 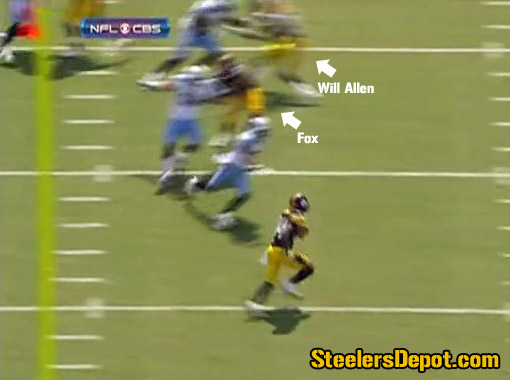 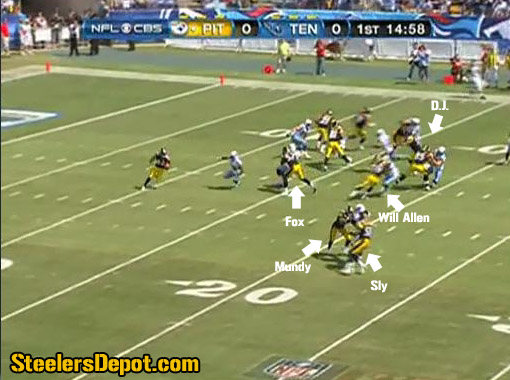 The reverse angle of almost the last picture where you can now see Ryan Mundy and Stevenson Sylvester start the last two key blocks of the return. Also you can clearle see the contributions of Fox, Allen and David Johnson in this frame as well. 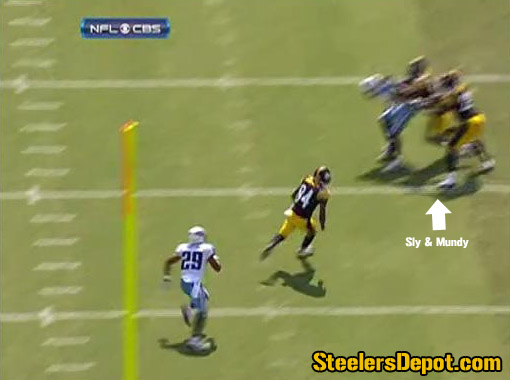 Antonio heads to the far right lane as the double team by Mundy and Sylvester comes into better view. 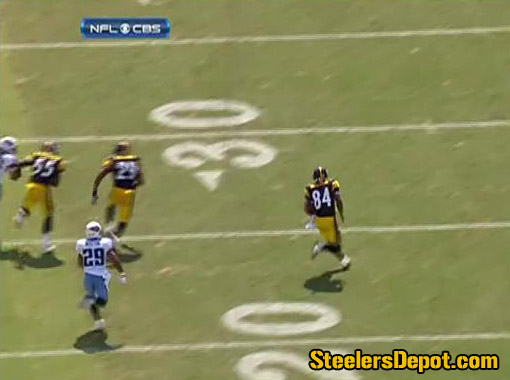 AB reaches the outside right lane with Sly and Mundy off their blocks. Only the kicker left to beat. 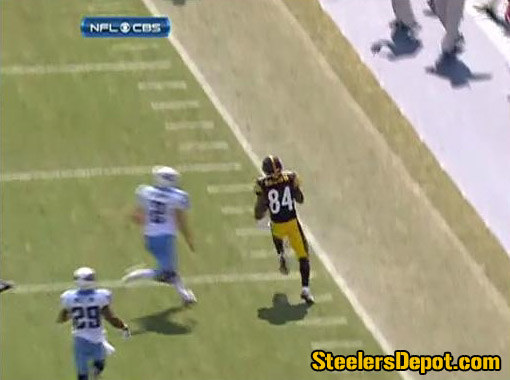 Silly kickers. Rob Bironas is no Daniel Sepulveda. If AB would of been caught here by the kicker, he would never live it down. It is not as close at the picture would indicate. 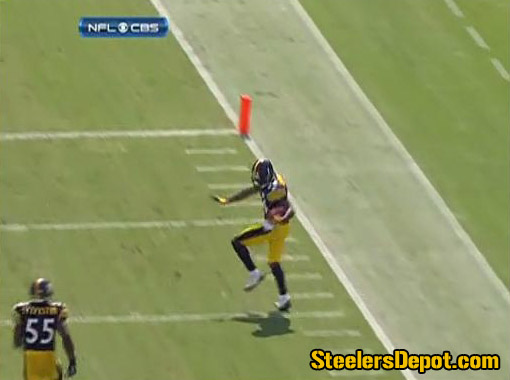 The celebration begins at the 10-yard line. No wonder Antonio has been nicknamed Rod Tidwell. Let us hope it does not go to his head.