OK, Carey Davis really did not win the game for the Steelers, but his heads up play recovering the fumble of tight end Heath Miller resulted in 7 points just one play later. I mentioned earlier last week that I thought Davis would pay dividends some how and he already has. Below is some pictures of Davis and the recovery.

I call this: Carey Davis Gets His Cheeseburger 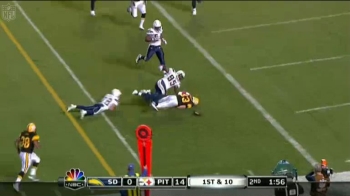 Carey Davis sees what he believes to be a loose cheeseburger on the ground. 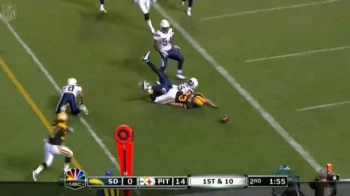 Davis is already in full sprint as he is certain the cheeseburger will be gotten by a Chargers player or even Heath Miller. 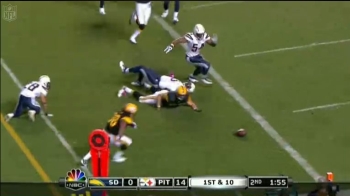 Davis gets a closer inspection and believes it truly is a super sized cheeseburger that another Charger is in hot pursuit of. 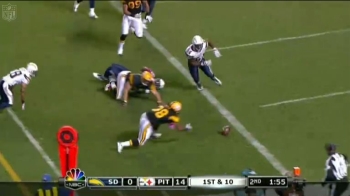 Davis uses his cat like spring to make a lunge at the loose cheeseburger. 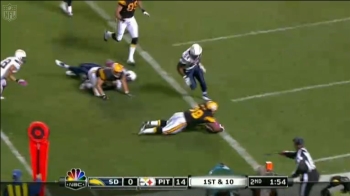 It's mine, it's my cheeseburger yells Davis. 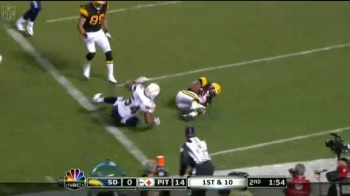 Davis cradles the cheeseburger like a new born baby. Much like a mother does before it eats it's young. 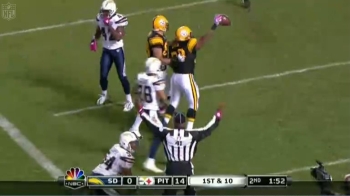 Davis shows off his cheeseburger to all of the haters who thought him being re-signed was a bad idea. Davis has trophy cheeseburger now to prove he was worth it. 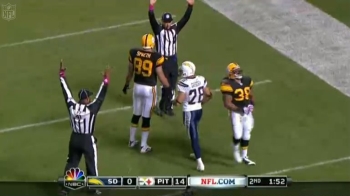 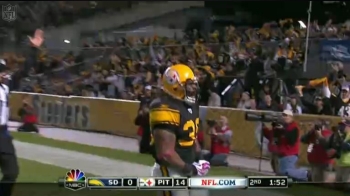 Davis realizes now that was not a cheeseburger. None-the-less, Davis is happy with himself as he should be.