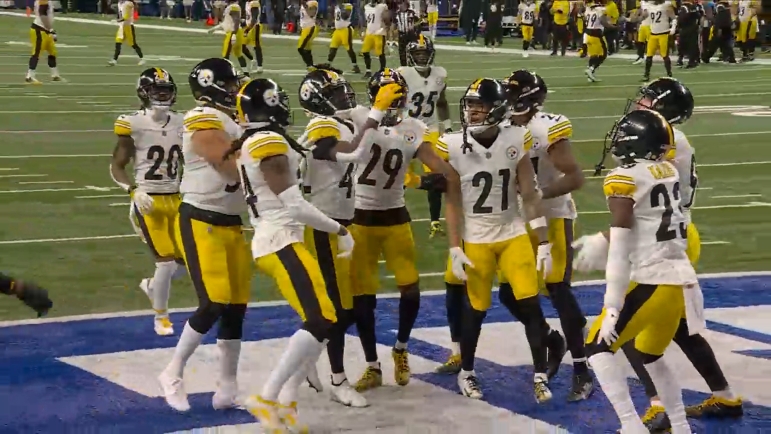 The Pittsburgh Steelers do have the opportunity to do something this season they’ve only done once before: lead the NFL in interceptions while also having the league leader in interceptions individually on the roster.

At the moment, safety Minkah Fitzpatrick, named the team’s MVP on Friday, shares the league lead with six interceptions, and the Steelers’ 18 interceptions as a team are tied for the most in the NFL with the New England Patriots. So what does it all mean?

“It means we’re going and getting the ball, we’re not dropping money, as we call it”, Fitzpatrick said, via the team’s website. “We’re out there in tight coverage. It means the d-line and linebackers are getting after the quarterback, putting pressure on him. I think what we’ve been seeing the last few weeks in the amount of turnovers we’ve been getting is just a reflection of everybody playing full cylinders all around the ball”.

His six interceptions are the most any Steelers defender has had since 2010 when Troy Polamalu, who won the Defensive Player of the Year Award that season (but did not lead the league in interceptions) had seven.

The team goal is not foreign to the Steelers’ recent history, though. They also had 18 interceptions in 2020, which tied for the league lead that season with the New Orleans Saints, Miami Dolphins, and Patriots. They had 20 the year before that, though it didn’t lead the league.

And they only had eight the year before they traded for Fitzpatrick in 2018, so, take that for whatever it’s worth. His 17 interceptions since joining the Steelers are tied for the third-most in the NFL in that span, behind only J.C. Jackson (22) and Justin Simmons (20), the latter being among the players with whom he currently shares the individual interception lead for 2022. So how has he been getting them?

“It’s just being in the right position. A couple of them come to you. I have been in coverage a lot this year, so when you’re in coverage you’re gonna get thrown at sometimes””, he said. “There’s a couple plays where it’s just I’m playing in the deep half or the post or I just seek the ball out. I think there’s been a lot of opportunity for me to go and get the ball this year and I’ve just been taking advantage of them”.

Fitzpatrick tied for a career-low two interceptions during the 2021 season, a year in which the team asked him to do a lot of different things that didn’t always put him in the best position to produce, at least until the second half of the year. He spent a lot of time in the box, producing 124 tackles, by far the most on record for a defensive back in team history (Terrell Edmunds, 105 in 2019).

It might be worth just casually mentioning that Fitzpatrick has also missed two games this year. And some of his interceptions have been huge. His latest came on the final meaningful play of Sunday’s game, sealing the win.