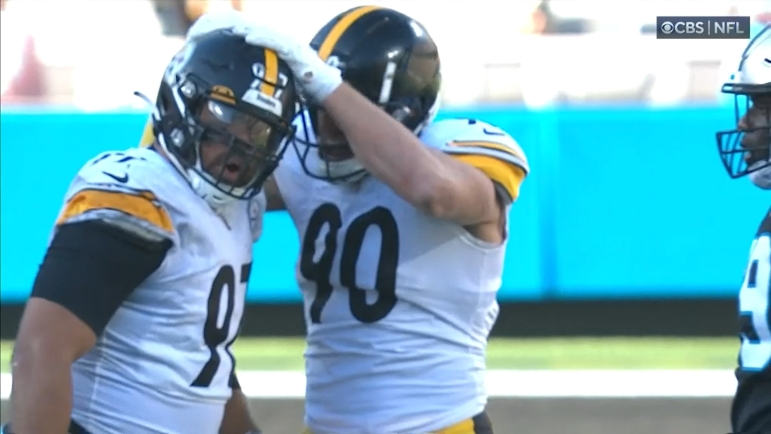 The last time the Pittsburgh Steelers finished a season 6-2 after starting the year 2-6, they didn’t have another game to have a chance to make it into the postseason. That was back during the 2014 season, when they played a 16-game schedule and only had six playoff seeds.

They’re hoping to right that wrong this year with the benefit of an extra game and an extra seed. They need help from two other teams, but if they get those results (which are very possible) and win their game, they will have another game to play next weekend. And nobody in the locker room is surprised about where they are now in spite of where they’ve come from.

“I’ve always felt confident in the guys in this locker room”, outside linebacker T.J. Watt said on Friday via the team’s website. “It’s one of those things where there was a lot of football left to be played at the time and we knew we needed to turn it around and you can go one of two ways. We weren’t gonna lay down by any means”.

For better or worse, head coach Mike Tomlin’s Steelers have never lain down, regardless of the odds that were stacked against them, as often as not, the hole dug for themselves proved too deep to escape from, but one thing they’ve never done, and will never do, is quit.

To go-to example would have to be the 2019 season, when they lost quarterback Ben Roethlisberger in the middle of week two. Not only did they refuse to throw in the towel, they made a big move and traded away a first-round pick for second-year safety Minkah Fitzpatrick, a decision that continues to look better as time moves on.

They started that season 0-3 before storming back. They went 8-2 in their next 10 game to get all the way to an 8-5 record. They were even in the driver’s seat to make the postseason. Unfortunately the bottom collapsed at the end of the season at the quarterback position, the rookie Devlin Hodges and second-year Mason Rudolph no longer able to hold things together.

This Steelers team has done about all it can do since the bye week, losing only two a pair of divisional opponents who have already qualified for the postseason, the second loss coming in a game in which their starting quarterback was knocked out essentially on the opening drive.

Their brand of football this season is one with little margin for error, but they’ve been finding the ways to do just enough to get the job done. They’ll have to do it one last time, and as mentioned, get some help, to have a chance to do it all over again in the single-elimination tournament.