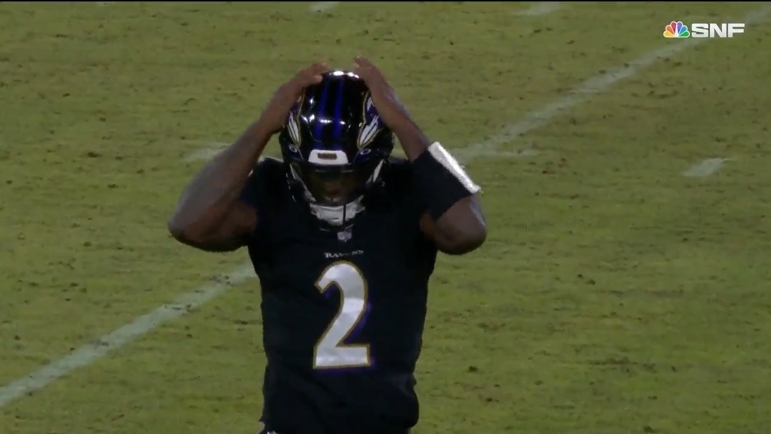 For the second time in as many weeks, the Pittsburgh Steelers scored a go-ahead touchdown in the late stages of the game and left their opponent under a minute to respond. In both cases, they only went up by a field goal, and the defense had to shut things down, though on this second occasion the Baltimore Ravens did not have any timeouts remaining.

The Ravens took the field after going down 16-13 with 56 seconds to play, taking over at the 25-yard line following a touchback. Despite a holding penalty pushing them back 10 yards, they were able to convert after facing a 2nd and 20. But the game was sealed on 2nd and 10 from the 38 when safety Minkah Fitzpatrick, well on his way to another first-team All-Pro selection, picked off quarterback Tyler Huntley for the game’s only turnover.

Asked after the game what he was looking for when he heaved the ball down the field, with two Steelers as the nearest players, he said, “Just somebody. Looking for somebody trying to just make a play. Minkah made a play”.

Tyler Huntley on what he was looking for on the final pass pic.twitter.com/99NFnXWFRT

Huntley is the Ravens’ backup quarterback, but has started the past four games due to an injury suffered by Lamar Jackson. He was the starter of record when Baltimore defeated the Steelers a few weeks ago, though he did not finish the game and only attempted 12 passes and six rushes.

Last night’s game was a bit more in his hands. He finished completing 14 of 21 passes for 130 yards, throwing one touchdown and one interception. He also rushed for 24 yards on seven attempts. But that interception came at the worst possible time.

Tight end Mark Andrews was by far his favorite target, as he has been for Jackson. He complete all nine pass attempts in the All-Pro’s direction for 100 yards, though it was rookie tight end Isaiah Likely who was on the other end of his lone touchdown pass. Likely is the only other player who caught more than one pass, finishing with three for 12 yards. Demarcus Robinson and DeSean Jackson each had one nine-yard catch.

Rookie quarterback Kenny Pickett was on the other side for the Steelers. He finished the game completing only 15 of 27 pass attempts for 168 yards, but he saved his best for last with an excellent final drive that culminated in the game-winning touchdown pass to running back Najee Harris.

The Ravens are now 2-2 in the past four games started by Huntley, but they had already clinched a playoff spot. If the Cincinnati Bengals win tonight, they will lock up the AFC North, but if they lose, the Ravens and Bengals will play for the division title in week 18. Whether or not Jackson will be there is unknown.