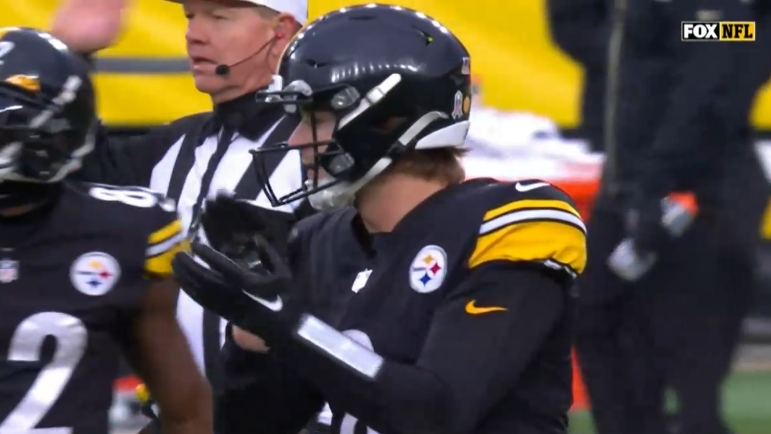 The Pittsburgh Steelers finished the season averaging just 18.1 points per game, ranking 26th in the NFL—hardly anything to write home about. And while they went 7-2 in the second half of the year versus 2-6 in the first, the scoring wasn’t night and day.

They averaged 15 points per game before the bye and 20.9 after it. Even the latter score would only rank 19th in the league on the season—although it would be one spot higher than the Baltimore Ravens, who averaged 20.6 points per game.

That’s not the number that encourages me, though. What I’m more interested in regarding the Steelers’ second-half offense is not how many points they put up per game, but rather how many points per drive. Why is that, you ask?

Because they became a possession offense in the second half of the season—so much so that they finished first in the NFL in plays run per drive and second in drive time. While they finished 23rd on the season in points scored per drive, this is where we see a bigger split between the first half of the year and the second.

They had 88 drives in total in the first eight games of the season, or 11 drives per game, meaning that they only averaged 1.1 points per drive in the first half of the season. That would have ranked dead last in the NFL by a good margin had they kept that up, with the Colts’ 1.4 the closest. Fortunately, they didn’t.

They had 89 drives in the second half of the year despite playing one more game, averaging 2.1 points per drive after the bye. For perspective, that would have ranked 11th in the NFL over the course of the entire season. They only scored about 28 percent more than in the first half of the year in total, but they nearly doubled their per-drive efficiency.

Now, that doesn’t mean the work is done. There is still much to do to better capitalize on these drives—namely finding the end zone more when they’re over. They still only scored 18 touchdowns—two per game on average—in their final nine games. They had 20 field goals, as well, and more of those need to become touchdowns.

But that means that they scored on 38 of their 89 drives. That’s a 42.3 percent scoring rate, which would have been sixth-best in the league, just ahead of the Cincinnati Bengals. So, scoring on the sixth-highest percentage of their drives and averaging the 11th-most points per drive in the final nine games. Looking at the offense that way, perhaps there is some grounds for optimism for next year.