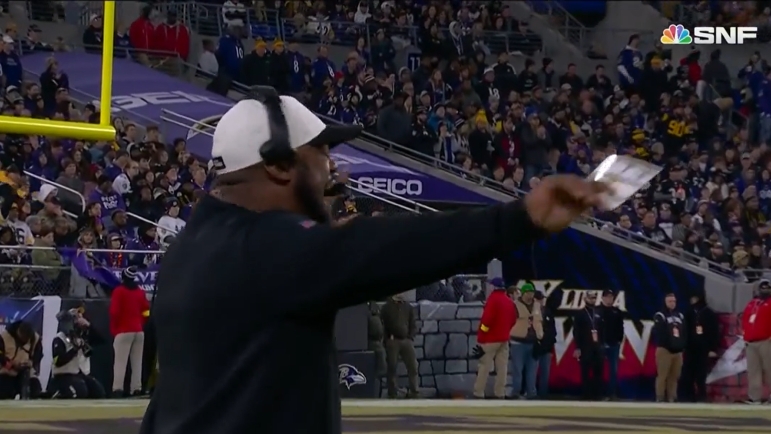 When Tomlin was asked about the change he has seen out of his team since the beginning of the season up to this point with one regular season game remaining, Tomlin stated that it wasn’t some complex change that shifted the team’s results but rather a commitment to self-improvement as well as a collective unit that led to Pittsburgh’s second half surge down the stretch.

“I don’t know that there’s anything that’s mystical or earth shattering in any way,” Tomlin said to the media Tuesday on video from the team’s YouTube channel. “I just think you have to display a certain amount of resolve individually and collectively in an effort to have the type of focus that that’s required to work every day, to get better every day, to repeat the cycle that is preparation regardless of what’s transpired… good and bad in an effort to increase your chances of winning with each opportunity to improve your level of play with each opportunity to raise your floor with every opportunity, individually and collectively.”

As the Steelers approached their bye week, they got shellacked by the Philadelphia Eagles, dropping to 2-6 on the season. Pittsburgh looked to be down-and-out, regardless of the continual statements coming out of the locker room about the team feeling like they were “so close” to putting it all together. It appeared as if Mike Tomlin was inevitably going to have his first losing season as head coach of the Pittsburgh Steelers as the roster looked overwhelmed against their opponents on a weekly basis on both sides of the football.

However, instead of rolling over, Tomlin stuck to his guns and kept his pursuit of winning football games. Like Tomlin mentioned above, they didn’t make some groundbreaking trade to shake up the entire roster at the trade deadline (they dealt away Chase Claypool which weakened their WR core), signed a big-name free agent off the street, or benched a prominent starter for the sake of change. Rather, the Steelers stuck to the status quo and worked on themselves, resulting in improved play both on an individual level by the likes of Kenny Pickett, Najee Harris, and others as well as the improvement of the overall unit like the cohesion of the offensive line or the improved play by the run defense.

When you see a team go from picking in the top five of the upcoming draft to being on the verge of making the postseason, you often think that something immaculate has happened to chance their fate. While the progression of Kenny Pickett has been crucial to Pittsburgh’s success in recent weeks, it’s been more of a credit to this team’s ability to focus on the task at-hand and battle through adversity that struck them early in the 2022 season. It’s a culture that Tomlin and the rest of the locker room has created, leading them to accomplish special things with relatively bland, yet crucial methods.