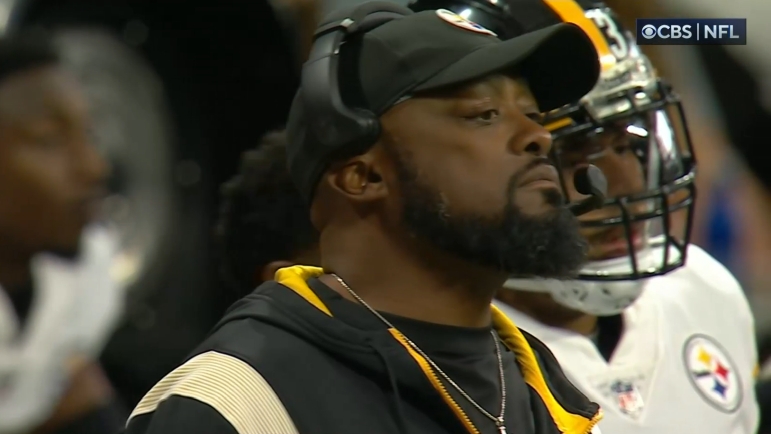 When Tomlin was asked about how he plans to handle his team this upcoming weekend when there will be two separate games going on at the same time that will directly affect Pittsburgh’s playoff chances, Tomlin accepts the current position his team is in and will make the most of their current circumstances.

“Every week when you kick off at 1PM, there’s another game going on in the outcome of that game could affect your positioning,” Tomlin said to the media Tuesday on video from the team’s YouTube channel. “I’m one to usually carry urgency from Week 1 through the end so that I’m not living in that world that you suggest. I just think it’s scarcity in our game. In football, you get 17 opportunities to stay the case for yourself and it’s my job to continually educate our guys on the significance of that, not only now, but continually.

To make the playoffs, the Pittsburgh Steelers not only need to win Sunday against the Cleveland Browns, but they also need the Buffalo Bills to beat the New England Patriots and the New York Jets to beat the Miami Dolphins. All three games will be kicking off at 1PM EST, so the Steelers will not only be playing for their playoff lives, but they will also be likely checking in during their game to the other two games where they need a specific result to occur to qualify for postseason play.

Mike Tomlin put it best that his team must be willing to lay in the bed that they have created for themselves. Pittsburgh lost to both the Dolphins and patriots earlier in the season in close games that they had the chance to win. While they are in-position to secure a playoff spot despite those losses, their fate now is out of their own hands as those outcomes directly influence where they rank in the standings as both the Dolphins and Patriot have the head-to-head advantage over Pittsburgh.

As Tomlin mentioned, every game during the season directly impacts a team’s chances to get into the postseason. A loss at the beginning of the year may seem inconsequential but looking back to Pittsburgh’s Week Two loss at home to the Patriots now, we understand the significance that game has in Week 18. Despite this team’s poor start to the season, Tomlin and the Steelers have shown resolve and resiliency to battle back within a game of postseason play. Still, Pittsburgh’s final step to qualifying for the playoffs is no longer a factor that they can control, but rather one outside of their hands as they will cheer on the Bills and Jets from their own sideline come Sunday afternoon.

I remember when the Steelers were 2-6 earlier in the season and it looked like Mike Tomlin would go sub 500 for the 1st time as a HC.

Now the Steelers are 1 win a away from a winning season and a chance to make the playoffs.