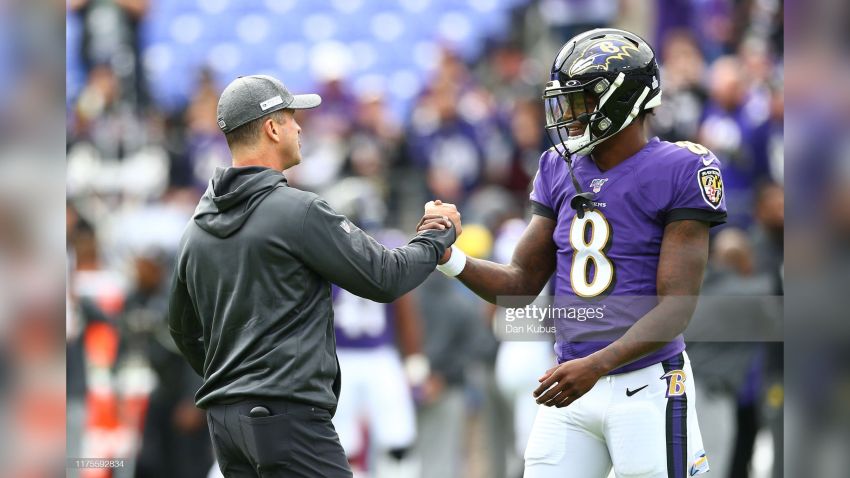 What is quarterback Lamar Jackson’s value? They are 18-16 over the span of the past two seasons. But Jackson is 15-9 during that time, and that includes games that he started but did not finish due to injury. And especially this season, it includes a series of improbable fourth-quarter defensive collapses.

The problem is, he’s missed extended time at the end of each of the past two years due to injury. But as far as his future goes, the issue is his contract demands. While nothing has ever been formally stated, it is widely believed that he is insistent on getting a fully-guaranteed deal. That proved to be an impasse for a front office that was very motivated to get a deal done last offseason. The song remains the same this January in terms of their motivation.

“Well, it certainly takes two to tango, but I think Lamar and I have a great relationship”, Ravens general manager Eric DeCosta told reporters yesterday via transcript, very reminiscent of the language he used last year in waiting for Jackson to come to the table. This year the timeline is sped up because he is due to be a free agent, however. And their feelings about him being here for the long haul haven’t changed.

“100 percent; 200 percent. There’s no question about it. Lamar Jackson is our quarterback; he’s been our quarterback”, head coach John Harbaugh said. “Everything we’ve done in terms of building our offense and building our team, how we think in terms of [bringing in] people and putting people around him is based on this incredible young man, his talent, his ability and his competitiveness”.

That’s certainly been no secret. They’ve talked about it a number of times over the years, including putting an emphasis on bringing in wide receivers who are willing to block because of how important that is with Jackson running things.

Yet at the end of the day, both sides have to agree to a deal. Last year, there was still a year left on his contract and he was willing to play it out. Now we’re looking at a franchise tag situation if terms can’t be agreed to, to the point where even the team is somewhat of a spectator now.

“I’m like all the fans out there and everybody else; I’ll have my fingers crossed, and my toes crossed, and I’ll be saying prayers”, Harbaugh said about his hopes of a deal getting done. “I have every faith that it’s going to get done, and we have the best people in the world doing it”.

The team having just parted ways with offensive coordinator Greg Roman, Harbaugh was also asked a number of questions about how the process of bringing in a new one would be shaped by Jackson’s status, as well as Jackson’s role in determining who that would be. He confirmed that Jackson would be involved in that process and have the opportunity to share his input.

A former league MVP, Jackson is among the winningest quarterbacks in NFL history at this stage in his career. He has a 45-16 winning percentage in 61 career starts. But the fact of the matter is he only has one postseason victory in five seasons.