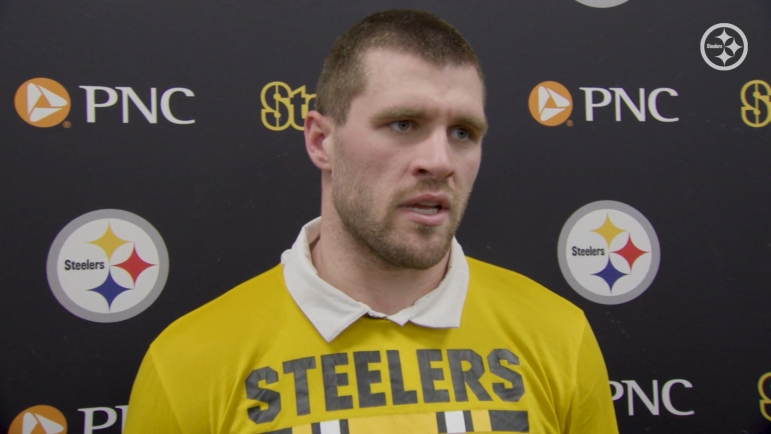 Whether or not the Pittsburgh Steelers’ Sunday night game against the Baltimore Ravens will have any playoff implications for themselves personally will be determined by what happens earlier in the day. We’ve talked about the results that they need, or the ones they can’t afford, more than enough this week, I think.

Will they be scoreboard-watching individually? Well, it depends on who you ask. Running back Najee Harris admitted he’ll be paying attention. Everyone will know by kickoff either way. But it doesn’t change their approach.

“No. I mean, we’re not gonna play any harder or less hard because of the results from earlier in the day so I’m not reading too much into it”, outside linebacker T.J. Watt told reporters via Steelers.com on Friday about being in a weird position knowing that their playoff fate could be determined before they even play.

Ordinarily, the league likes to try to set up a week in a way that prevents earlier games from making later games superfluous, generally trying to have the games that relate to each other played at the same time.

It’s one of the reasons that many questioned the league’s decision in this case to move Pittsburgh’s game to primetime, since the Steelers could end up having nothing to play for if, for example, the Miami Dolphins win their game.

But all of that stuff is outside of their control. And football players have a job to do. That’s playing football. They do that regardless of the context, so that’s not going to change what they’re doing out on the field once it’s time for them to kick off.

At least, that’s the easy part to say beforehand. It’s impossible to speak for in-game circumstances. If they are mathematically eliminated, might some players feel less obliged to press to make a certain play than they might otherwise be? Who knows?

Week 17 isn’t the Super Bowl, the ultimate goal, and if that goal is taken off the table beforehand? Well, that’s going to affect everyone differently. Sure, some will be playing for jobs and roles and contracts and reputations, but for those with less at stake? Well, they have pride and love of the game on their side.