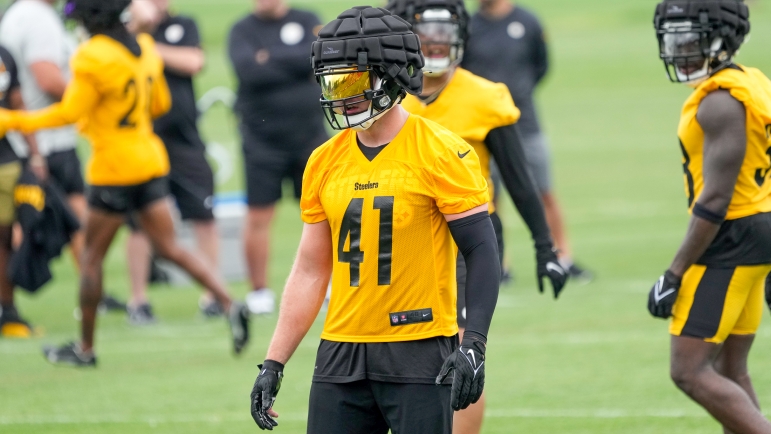 As we’ve done in the past, the keys to the Pittsburgh Steelers winning (or losing) today’s game. Three things that need to happen for them to end up on the right side of the score and vice versa in tonight’s game against the Baltimore Ravens.

1. Steelers’ Inside Linebackers Make Some Splash (Especially On 1st Down)

The way to beat this Ravens’ team isn’t just minimizing their run game. It’s creating splash plays in the backfield on early downs. Like playing the Atlanta Falcons or Carolina Panthers, the goal for Pittsburgh’s defense is to create negativity on first down. That puts Tyler Huntley, who the Ravens have been careful managing, into third along. That can come from anywhere but especially the Steelers’ inside linebackers. The Ravens’ talented inside linebacker duo dominated the first game. Myles Jack, Devin Bush, and Robert Spillane don’t need to replicate that but they need some form of splash across them.

We’ll see what other wrinkles this team adds. Perhaps their 4-4 defense with DeMarvin Leal and Mark Robinson and some other looks to improve their run defense.

Or at least avoiding coming away empty-handed. An obvious point. One that Steelers clearly didn’t do in the first meetings. Field goals aren’t a bad thing in this game. Pittsburgh and Baltimore have the same identity. Keep the score down, limit possessions, win late. With Tyler Huntley, the Ravens have the league’s worst scoring attack while the Steelers are still just 29th on the season. Tonight, stalling can mean letting Chris Boswell do his thing though obviously, touchdowns are preferred. Stalling means not getting to the 40, losing ground, and punting. Or worse, repeating the turnovers that doomed this team in Week 14.

There could be more room for the Steelers to run if DL Calais Campbell misses. Signs point to him being inactive but we won’t know for sure until later tonight. Pittsburgh didn’t have a terrible ground game in the first meeting, better than expected, but they’ll still need to be better this time around. Get downhill, push the pile, and win the line of scrimmage. That’s the plan.

1. You Remember Who The New Upback Is

I’ll worry you one more time. Pittsburgh will be on its third-string upback in this game, the quarterback of the punt team. Marcus Allen is on IR while Tre Norwood is out with a hamstring injury. I’ll assume duties now shift towards Jaylen Warren, certainly capable but in a new role against a well-coached Ravens’ unit. A blocked punt would be the difference in a game like this. Protection has to be clear and communicating.

Another obvious one. Everyone knows the Ravens want to – and will – run the ball. With Huntley taking over, he’s thrown the ball just 12 and 17 times in the two games he’s started and won. On the final drive of Week 14 with third-stringer Anthony Brown in, Baltimore ran it three straight times, picked up the first down, and called game. Pittsburgh’s front must do a far better job of staying in their gap and getting off blocks. Can’t be bullied the way they were.

Good matchups here that don’t get discussed much with so much attention on the run game. Diontae Johnson and George Pickens versus Marlon Humphrey and the great Ravens’ safeties of Kyle Hamilton, Marcus Williams, Chuck Clark, and Geno Stone (though Stone hasn’t played since Williams returned). Baltimore is without CB Marcus Peters, making that a potential matchup to exploit, but there should be some great battles to all areas of the field. Let’s see who wins the war.