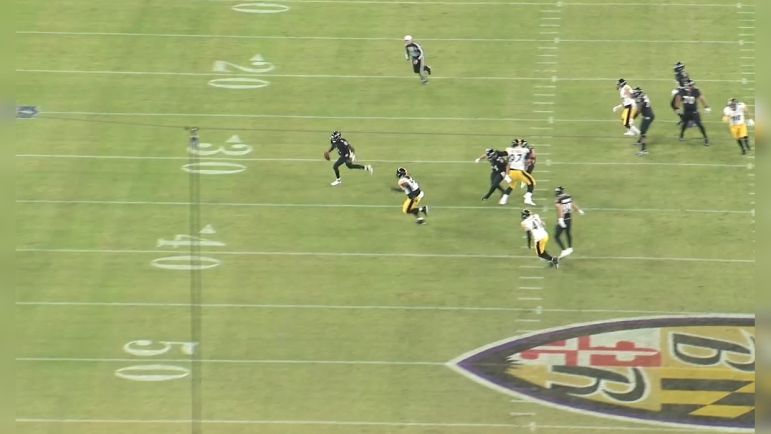 As we’ll do every week to get you ready for the upcoming game, our X-Factor of the week. Sometimes it’s a player, unit, concept, or scheme. Here’s our X-Factor for Sunday night’s game against the Cleveland Browns

Panning out from the trenches a little bit. Still focusing on some of the guys up front but an emphasis more on the passing game here. For the first time since becoming a Brown, the Pittsburgh Steelers will face Deshaun Watson. One of the biggest challenges he brings is his mobility and he’s sure been making use of it since returning from suspension.

Outside of the red zone and third and short, the Browns don’t dial up a lot of designed quarterback runs with Watson. He’s too expensive, too valuable to get hurt on a zone read on 2nd and 8. Still, Watson is capable of running and breaking contain and he’s a big and tough guy to bring down.

Frankly, the Steelers haven’t done a good job containing mobile quarterbacks lately. Guys have been able to break contain, especially to their right, which is a bonus for right-handed QBs who dominate the NFL. Even last week against the Baltimore Ravens, Tyler Huntley had too many escape lanes. Even Derek Carr had too much room to run in Week 16. Here’s a quick cutup.

Watson is going to scramble. He’s going to try to extend the play. Like he did in Houston, he’s made so many plays off that. Pittsburgh will have to balance the risk/reward of getting after the quarterbacks versus making Watson throw from the pocket.

T.J. Watt and Alex Highsmith are going to be tempted by their matchups too. To want to get after the QB. Watt is facing backup right tackle James Hudson, who he dusted for four sacks last season. Highsmith is facing left tackle Jedrick Wills, who he has always had success against. They’ll want to get after Watson. But they’ll need to be smart about it. Ditto with the interior rushers with the stunts and twists the Steelers like to play.

Pass rushing is all a balancing act. And the Steelers will need to walk that fine line this weekend to contain Watson, this Browns’ offense, and walk away with a win.