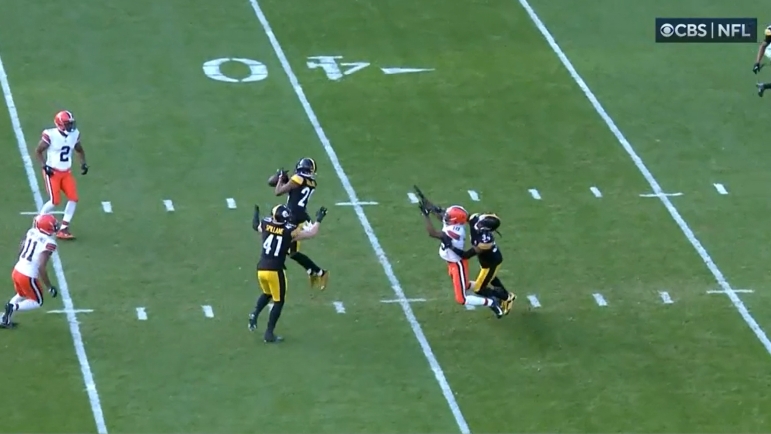 I can’t believe we’ve reached the end of the Steelers 2022 season. While I can’t promise this will be the best ‘Turning Point’ of the year, the Steelers saved their best for last by picking up their biggest win of the season, beating the Cleveland Browns by 14 points. It wasn’t enough for Pittsburgh to make the playoffs, but dominating an AFC-North opponent isn’t the worst way to pull the curtain on a season either.

Thankfully, the game ended a lot prettier than it ended. After going through a scoreless opening quarter that included the Steelers missing out on a touchdown that was ruled short, not challenging, and fumbling it over to the Browns two plays later, it was beginning to look like the Steelers didn’t want to make the playoffs either.

It took the Browns finding the end zone for the Steelers to finally get out of their own way.

They responded the very next drive, putting together with a nine-play, 75-yard drive that was topped off with the longest offensive touchdown of the year, a 31-yard strike to George Pickens from Kenny Pickett.

The touchdown would tie the score at seven with under two minutes left in the half, but the Steelers weren’t done yet.

In what will be our final “turning point” of the 2022 season, I’ll try to break down this inexplicable decision and throw from Deshaun Watson.

The Browns are running a dagger concept against a cover-3 defense. With there being close to a minute left in the half, Pittsburgh is playing uber-conservative, giving up two different check-down options, but Watson wants none of it. For some reason, Watson gets stuck on what is essentially a clearout routed from the slot receiver and tries to fit it in between three defenders. If I’m being generous, he may be expecting the WR1 to clear on his dig and just sails it high, but even that wouldn’t have been open with Robert Spillane dropping into that area.

It’s a truly awful throw from Watson and Levi Wallace takes advantage, bringing in his career-high fourth interception of the season.

The interception was a huge momentum shift in the game. The Steelers would build off their first touchdown by tacking on another three points in just over 1:11 of the game clock. Pittsburgh would take the 10-7 lead to halftime and never look back, playing behind a dominant defense and scoring two more touchdowns on the ground to officially put this game away.