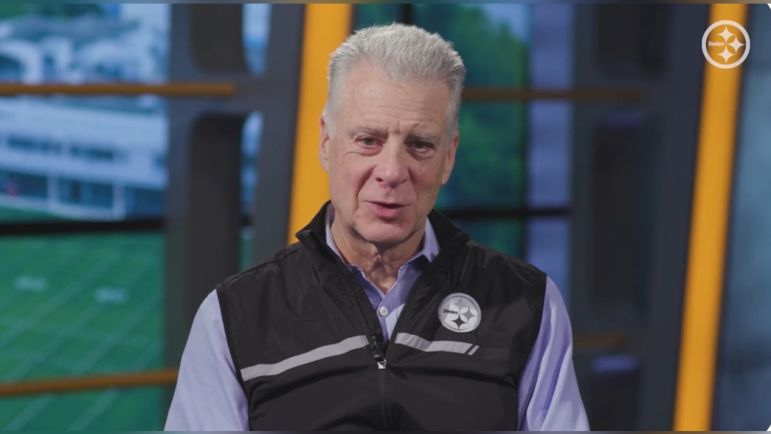 We don’t hear from Pittsburgh Steelers’ Team President Art Rooney II often but when we do, it’s usually important. And he gave a special message as to why Cam Heyward should win this year’s Walter Payton Man of the Year award.

“He deserves to win this award,” Rooney said in a message shared by the team’s Twitter account. “Cam’s been involved in so many different programs through the years. This year in particular, he set up Cam’s Kindness Week. He called attention to a number of local charities and initiatives including one with Pittsburgh public schools where he installed Craig’s closet in each of the schools. Small libraries i various low-income communities.

“We’re just fortunate to have somebody like Cam on the field and off the field. Just proud of everything he’s done. Cam Heyward deserves to be Walter Payton Man of the Year.”

A classy statement from Rooney to support Heyward.

Heyward has been the Steelers’ nominee five years in a row, losing out the previous four times. Few players in franchise history have embodied what it means to be a Steeler on and off the field like Heyward. Now a veteran face of this team and clear leader, Heyward has impacted the locker room and the community.

As Rooney mentioned, Heyward set up Cam’s Kindness Week in late September that included visits to Children’s Hospital and local schools. At the latter, he set up Craig’s Closest, a nod to his late father and chance to give low-income students clothes they might otherwise not be able to afford. He also set up small libraries in the area, giving kids access to books.

Cam's Week of Kindness is HERE 🖤 🏃 Follow along as our founder @camhey97 spreads #kindness throughout our communities!
1️⃣ st up is a visit to @childrenspgh to hang out with the kids at the #dreambig studio. #CamsWeekofKindness #impact97 #TheHeywardHouse #giveback pic.twitter.com/sgNyr0fdTA

For year’s, Heyward has run The Heyward House, one of the biggest community programs in the area that has impacted so many people and families.

Each NFL team nominates one player for the award every year. The winner gets $250,000 dedicated to a charity of his choosing. Four Steelers have won it: RBs Franco Harris and Jerome Bettis, DT Joe Greene, and WR Lynn Swann. Bettis was the last to do it in 2001. Last year’s winner was Los Angeles Rams’ OT Andrew Whitworth.

The league will announce the winner on February 9th during NFL Honors.