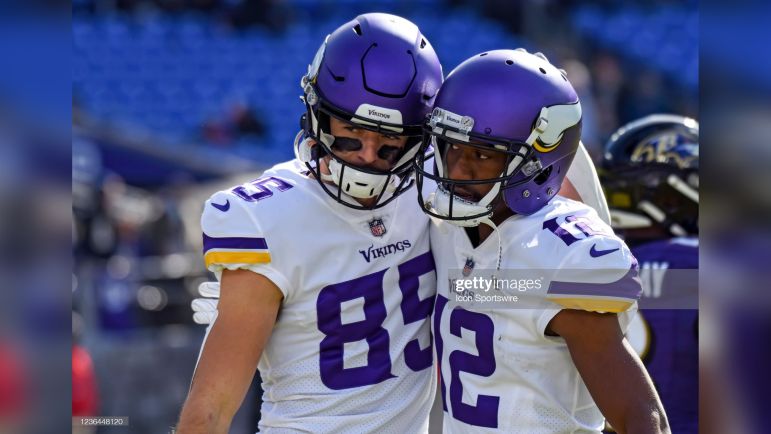 The Pittsburgh Steelers have signed WR/special teamer Dan Chisena to a Reserve/Futures deal. The team made the announcement moments ago.

Chisena was previously with the Minnesota Vikings but did not sign a Futures deal after their season ended following a Divisional loss to the New York Giants.

A speedster out of Penn State, Chisena has primarily played special teams at Minnesota. Undrafted in 2020, he’s logged nearly 500 special teams snaps over three years with the Vikings. As a rookie, he recorded six tackles, all solo. He had three solo tackles in 2021. Chisena didn’t play much in 2022, appearing in just two games this season in Week 5 against the Chicago Bears and Week 9 versus the Washington Commanders, recording 24 special teams snaps and notching a pair of tackles. He has only played 11 career offensive snaps, all in 2021, and he’s never been targeted, much less caught a pass.

Though Chisena never officially ran at his Pro Day, he’s believed to have low 4.3 speed. He took an interesting path to the NFL, running track throughout his Penn State career. He initially walked onto the football team as a freshman but left after receiving a track scholarship. He returned to the football team and played in 12 games as a senior, catching three passes for 66 yards. NFL Draft Scout has him listed at 6’2, and 195 pounds.

Here he is flashing his speed to track down this Lions’ kick returner.

A cross between Gunner Olszewski and Miles Boykin, Chisena will try to carve out a special teams path with Pittsburgh. A pending free agent, Boykin was one of the team’s top coverage players this season. Perhaps Chisena is insurance in case the team loses Boykin to free agency. Chisena will try to hang onto the roster throughout the offseason and make it into training camp with the team.