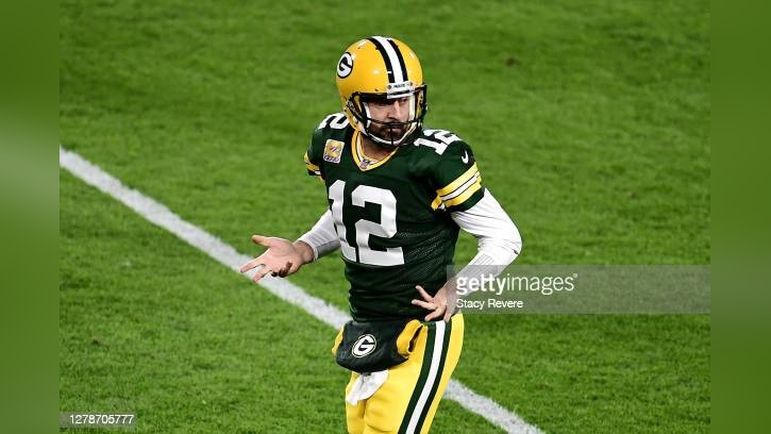 There may not be a googly eyes moment between Mike Tomlin and Aaron Rodgers when the Pittsburgh Steelers host the Green Bay Packers in 2023. Though things remain unsettled, ESPN’s Adam Schefter offered a pretty heavy report on Rodgers’ uncertain future, reporting on ESPN Saturday that there is a real chance Rodgers is traded this offseason.

“Both sides are fully aware a trade is a very real scenario this offseason for Aaron Rodgers,” Schefter said earlier this morning. “The Packers are expected to move on from certain players that Aaron Rodgers probably won’t like.”

Schefter didn’t mention who those players are but it stands to reason WR Randall Cobb will be one of them. With a contract about to void and Cobb turning 33 in August, it seems doubtful he’ll return as the Packers look to get younger and add more receiver talent. Wide receiver Allen Lazard is also a pending free agent whose status going forward is unknown.

This is far from the first time a Rodgers’ offseason story has popped up. Last year, Rodgers decided his fate with the team, whether or not he wanted to retire, be traded, or stay in Green Bay. He chose the latter. His 2022 numbers were a far cry from what he’s typically accomplished. His completion rate dropped by more than four points and he threw 12 interceptions, his most since 2008, the first year he became a full-time starter. Rodgers failed to be voted to the Pro Bowl for the first time since his injury-shortened 2017 season.

After winning back-to-back MVPs in 2020 and 2021, Rodgers didn’t look like the same player. Turning 40 in less than a year, the Packers may want to turn the page and see what they have in Jordan Love, whose thrown just 83 passes since being drafted in the first round of the 2020 NFL Draft.

“There is a real possibility that at some point this offseason that Aaron Rodgers is going to be traded.”

Schefter noted the biggest complicating factor is Rodgers’ massive contract, a three-year deal with over $100 million guaranteed signed in March of 2022. If dealt, Green Bay would have to find a team able to take on his contract. But a team likely would be willing too. Now it’s a question of what Rodgers wants to do and what the Packers want to do. But it’s possible the Packers’ starting quarterback next season against the Steelers will be someone other than Rodgers, most likely Love.

Perhaps Rodgers is traded to a team on the Steelers’ schedule. Two logical landing spots are the Indianapolis Colts and Las Vegas Raiders, two teams in the market for a new quarterback this offseason. Schefter confirms Derek Carr will be traded this offseason. Rodgers could go to the Raiders are reunite with Davante Adams, his #1 target in Green Bay. The Colts are starting from scratch with a new head coach and another new quarterback.

A year ago, the Rodgers-to-Pittsburgh talks were frequent. With the Steelers drafting and seeing encouraging signs from Kenny Pickett, they won’t be players this time around.