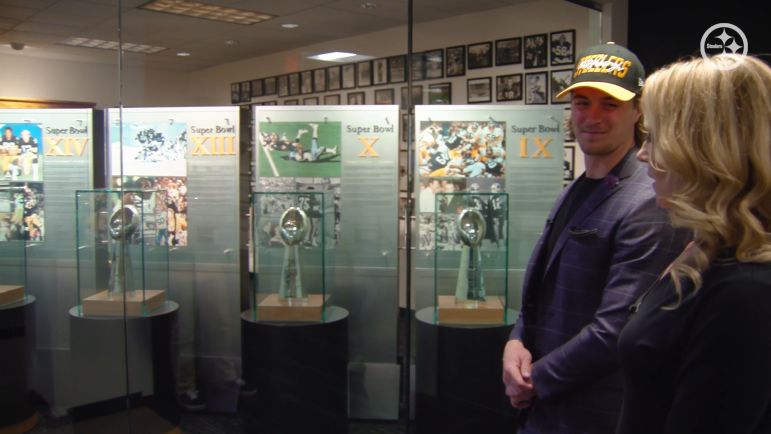 The Pittsburgh Steelers are the Pittsburgh Steelers. The standard is the standard. What do these tautologies mean? Evidently, they can mean different things to different people. But one thing that never changes is that the Steelers have only one prevailing goal: to win championships. Call it whatever you want, that’s what they expect to do every year, even if those on the outside don’t.

“We take pride in making sure we don’t have losing seasons, but as a Steeler organization, we’re not measured by losing seasons”, Cameron Heyward said on his Not Just Football podcast. “We’re measured by championships and Super Bowls. That’s always been my top goal. And I always think those goals can coincide by each other”.

Heyward was asked about the Steelers getting to 9-8 and preserving their non-losing season streak, but he turned it into this broader focus, and I think it’s the correct approach. Fans who are critical of the organization and its recent lack of success argue that ‘the standard’ has changed and that it’s now 9-8.

That couldn’t be further from the case. The point of the phrase “the standard is the standard” is that the standard doesn’t change even if the circumstances do. The standard to which they hold themselves will not be lowered even if they struggle more to live up to it. They just have to work that much harder to return to that stage.

It’s been more than one occasion that either head coach Mike Tomlin or former general manager Kevin Colbert or owner Art Rooney II would hold a press conference after a season and talk about all of the unsuccessful seasons they’ve had. Tomlin, for example, has had only one—the year they won the Super Bowl under his watch. That’s what they care about, including the players.

“Only one team has a really good season because I feel like everybody is focused on winning the Super Bowl, and only one team can do that”, Heyward said, reflecting the organizational ideology. “And you have to be willing to live with that consequence”.

Impossible standards provide aspirational goals. Everybody knows that nobody is going to win the championship every year. But the idea is that you can win the championship in any given year. You should be in the running every year if you reasonably can, and even if the odds are long, you still do your damnedest to make a run at it.

Because that’s the goal. Super Bowls. Period. Not winning seasons. Not division titles. Not playoff wins. Hardware. The sticky Lombardi. Something to throw in that display case. That’s what matters. Everything else is window dressing, a means to an end. Moral victories are for the fans, if they want them. Optimism and hope for the future is a good thing to have. But if you’re not hoisting a trophy in February, you’re just not getting the job done if you’re a Steeler. Because that’s what being a Steeler is. Impossible as it may be.