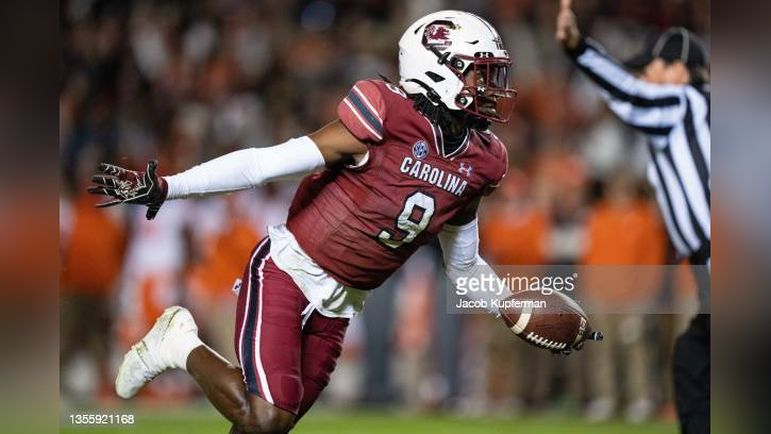 With the Pittsburgh Steelers season being over, it is time to look towards the future. After a great back end of the season which saw Pittsburgh finish 7-2 in their last nine games, the future seems bright. But, if the Steelers don’t improve their roster through free agency in the draft a playoff position next year will be hard to come by.

Today, CBS Sports came out with a mock draft, and while there are many positions the Steelers could fill, analyst Chris Trapasso has Pittsburgh selecting cornerback Cam Smith from the University of South Carolina with their first pick at 17.

“Smith’s tenacity as an outside press corner fits what the Steelers want out of their defensive backs,” wrote Trapasso.

In a division with quarterbacks like Joe Burrow, Lamar Jackson, and Deshaun Watson, along with elite receivers like Ja’Marr Chase, the Steelers will need a shutdown cornerback to keep pace. And currently, Pittsburgh has a lot of question marks at their cornerback position. Cameron Sutton will be a free agent if he is not re-signed before free agency begins and Ahkello Witherspoon is a huge question mark after his poor season plus injury that kept him out for over half of it.

A redshirt junior, Smith saw an increase in playing time every year he was a Gamecock. Standing at 6’0 and weighing 188 lbs, he has a good frame for a cornerback and has stats to back up that he knows how to use his size.

CB Cam Smith out of South Carolina, love the physicality he plays with. Patient feet, has good size and length. If he runs well (4.3’s) at combine should be a top 10-15 player in draft.

Smith’s best year came is redshirt sophomore season. He played in eleven of South Carolina’s 13 games and recorded three interceptions, eleven pass breakups, a forced fumble, 41 tackles, and 2.5 tackles for a loss. PFF also said Smith allowed a passer rating of only 36.5 when targeted in 2021. For his play in 2021, he was awarded a place on the Second Team All-SEC.

His redshirt junior year in 2022 wasn’t the best but it was still good. Smith once again played in eleven games for the Gamecocks and racked up some good stats. Smith recorded one interception this past season and five pass breakups. He also finished the season with 27 tackles, one of them coming for a loss. While not as shutdown as in 2021, PFF had Smith down for a good passer rating of 71.3 when targeted this past year.

Despite Smith taking a small step back this past season, drafting him still makes sense. He has the size to be a good cornerback and has proven he can shut teams down in the past. With the Steelers defensive coordinator being Teryl Austin, a former secondary coach, he can help shape Smith into a great cornerback. If the Steelers choose to address defense first, cornerback is probably the right position to go.