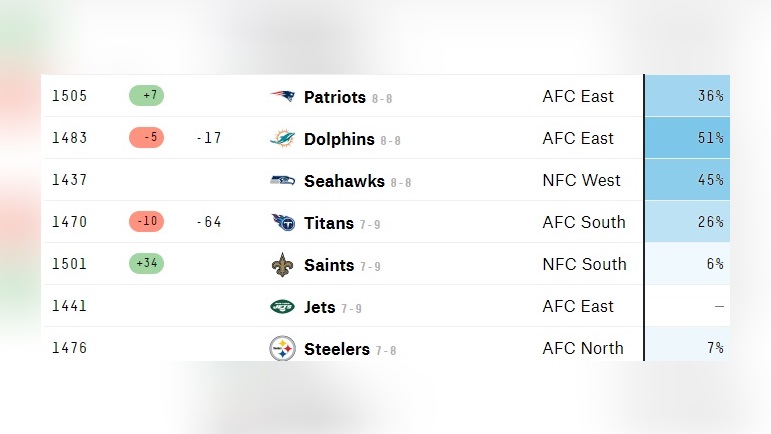 The Pittsburgh Steelers have had a perfect Week 17 Sunday so far and it has resulted in their Sunday night road game against the Baltimore Ravens being super meaningful to them.

On the heels of the New England Patriots helping the Steelers earlier on Sunday by beating the Miami Dolphins at home, the Seattle Seahawks also helped Pittsburgh in late afternoon action by beating the New York Jets at home. That Jets loss eliminated them from playoff contention.

With all that has transpired so far on this Week 17 Sunday, the Steelers must now beat the Ravens in night action to keep their playoff hopes alive for Week 18, the final week of the 2022 regular season. A Steelers loss or tie against the Ravens on Sunday night will eliminate them from playoff contention.

The Steelers entered Week 17 with just a 2% chance of making the playoffs on the heels of the Los Angeles Chargers clinching a playoff spot last Monday night. Those playoff chances increased to 4% after the Dolphins lost to the Patriots Sunday afternoon. They are now at 7% ahead of the Steelers playing the Dolphins.

Should the Steelers indeed beat the Ravens Sunday night, their playoff chances will increase to 16%, per FiveThirtyEight. They would then need a home win against the Cleveland Browns in Week 18 in addition to a Dolphins home loss or tie against the Jets and a Patriots road loss or tie against the Buffalo Bills next weekend to make the playoffs as the AFC’s No. 7 seed.