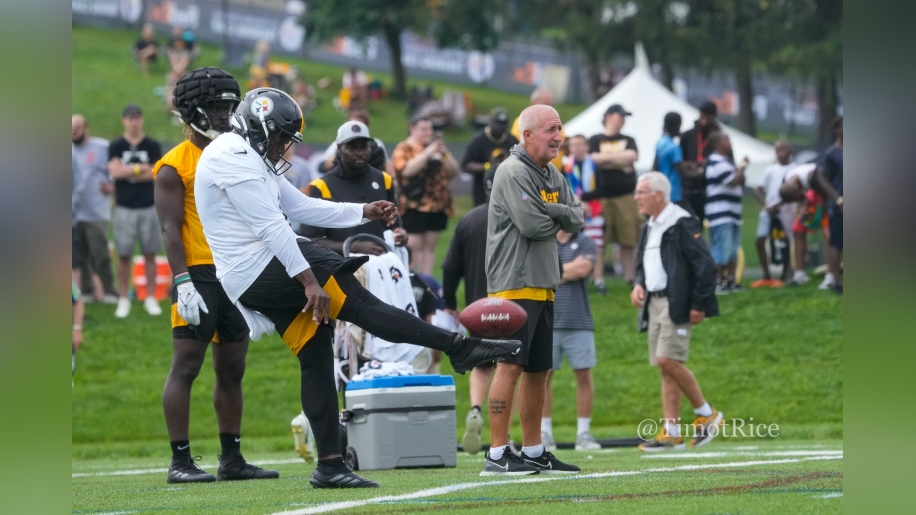 It can be hard to quantify the performance of a special teams unit over an 18-game season in the NFL. Sure, special teams can be judged by the amount of return yards on kicks and punts that are allowed, as well as field goals made or missed, and average yards per punt, but that doesn’t always tell the whole story and doesn’t exactly help compare one special teams unit to another in the NFL.

Fortunately, Rick Gosselin, a longtime beat writer and columnist covering the NFL and the Dallas Cowboys for the Dallas Morning News, has found a way to quantify special teams play compared to others around the NFL.

Gosselin, who now runs rickgosselin.com, released his 2022 NFL Special Teams Rankings Friday. Unsurprisingly, the special teams unit for the Pittsburgh Steelers under longtime coordinator Danny Smith — which had its serious struggles in 2022 with missed field goals, poor punts, bad kick coverage and far too many penalties — landed in the bottom half of the league, coming in at No. 21 overall in the NFL.

In Gosselin’s rankings, he gives each team points based on their statistical rankings in 22 kicking-game categories and assigned points according to their standing – one for best, 32 for worst.

The Steelers came in at No. 21 overall with 407.5 points, which was just 53.5 points from the league’s worst special teams unit, which happens to be the Kansas City Chiefs at 461 points.

The Steelers as a team averaged 21.3 yards per kick return. The top average in the league, per Gosselin’s rankings, was the Indianapolis Colts at 27.8 yards per return.

Counting down the #Steelers Top-10 plays of the 2022 season!

That said, Pittsburgh had some of the better coverage units, at least based on statistics. In kickoff coverage, the Steelers allowed just 24.5 yards per return, right around the league average, while the punt coverage unit allowed just a 5.7 average. League best was the Los Angeles Chargers at 3.1 yards.

The kicking game was up and down all season for the Steelers, largely due to Chris Boswell’s injury and inconsistency after returning. On the year the Steelers made 34 field goals, just behind Baltimore’s 37 for league best and also tied for the league best in extra point percentage, not missing an extra point on the season.

That falls directly on Smith, who just completed his 10th season with the Steelers as the special teams coordinator. Though he’s had some success as the coordinator in Pittsburgh, helping develop Boswell into one of the top kickers in the league and seeing a handful of guys earn Pro Bowl and All-Pro accolades for their work on special teams, his units have regressed in recent seasons, and that shows in Gosselin’s rankings.

It sounds like there will be no changes made on the coaching staff under Mike Tomlin at this point, which is a surprise considering the struggles the special teams units had in 2022. One would think that Smith has to be on the hot seat entering the 2023 season though.